Bill Khokhar is an entrepreneur whose business is in… entrepreneurship. With many, many young adults in the UK aspiring and working towards self-employment there comes an opportunity to train them in the means to achieve their goals. And that is where Khokhar has stepped in with training and promotion services.

Typical clients, he says are “millennials mainly, but even pre-millennials, – people who are pretty much digital savvy,” says Khokhar “So you need to have a certain amount of digital skill, you know, using modern technology and using social media – it’s not for somebody who’s a complete novice.

“I have a potential client who’s a young lad and really quite industrious. He’s only coming up to 16, and he’s got his own brand of clothing. But he does it in a wholesale setting. It’s kind of street wear, it’s at a price point that is quite accessible. It looks really kind of cool and funky.

“He’s found a London-based, supplier and he’s asked them to produce the product with his branding on it. He goes to trade shows and he sells his products. Where he needs help is with the marketing and the promotion of his products. And we are also providing him with the facility to sell on our platform.”

Khokhar’s business, – WhereIts@London – aims “to promote the best of London business and lifestyle past, present and future.” He’s focused currently on largely creative people in the capital who are setting themselves up in business and need help.”

After six years in preparation he is looking for partners to form the Whereits@academy that will “primarily up-skill young Londoners and SMEs, start-ups and entrepreneurs (with a nationwide objective),” in the wherewithal to start and to propagate a venture including content writing, social media marketing and entrepreneurship/lead generation.

“I think I was born to create this, and work with this, and deliver this.”

Khokhar says that in advising a new business venture, it’s important that he has a good understanding of each entrepreneur’s aims and motivations which sometimes demands interpretation on his part: “ It’s getting to read between the lines, or getting to understand the person, the business, and their motivations, and their rationale. And creating a whole narrative around that, and the person, and the business, you know, what their aims and objectives are.

“I’ve met thousands of creative people that have said: ‘You know what? I want to go out, do this, but I’m not sure how I wanna go about doing it.’
“I’ve advised people for over 20 years about what their businesses are and stuff, and how to go about increasing their productivity and their sales. So for me it was a natural extension from what I’ve been doing throughout my professional life really.”

Khohkar says he is “passionate” about his work and sees it as helping young people to liberate themselves from the nine-to-five routine and working for someone else’s profit. “Well, it’s a way of creating opportunities for people, using technology to make a pound note and not to have to be stuck in any particular hours. And to do something where whatever they put in [the reward] is measurable, you know, with the money that they make.

“Once people start earning the money, and they can see how much they’re making, it will inspire them to put a bit more work into it. And through our academy and through our training, we’re gonna provide them with the tools to be able to develop.”

While he doesn’t view the clientele for Whereits@london as being exclusively disadvantaged, he does anticipate that its services will assist some people to overcome obstacles created by their personal circumstances: “I wouldn’t say that they’re disadvantaged. But it does include people that are disadvantaged either by socioeconomics, or geography, or mobility issues.

So what exactly does Whereits@London offer?

“So what we do; we teach the skills and the mindset to be able to get to a point where they can create, curate, replicate, and also propagate content. So that content is promoted,” explains Khokhar. He goes on: “What we’re try to do to create digital communities. And what the academy does, and what the training does – it gets people into meeting, using their skills, and combining them, and creating a community of people that are able to work together. Even if they are geographically separated.”

It’s my kind of self-actualisation, I guess. I’ve envisioned myself doing something like this forever. I think I was born to create this, and work with this, and deliver this. And I’ve, thankfully, found the right people to help me along the journey to, you know, with the right skills, and the right level of creativity – too numerous to kind of name individually. And they’ve bought into the idea.”

Khokhar tells The Mint that another significant part of his motivation is to try and do something to address inequality and exclusion in UK society. “What’s happening in policy making areas in government, – and I’m not trying to make a political statement – is simple. They try to come up with strategies to make life better for people. But they tend to have meetings about meetings and try to work out what the strategy is. And there’s consultation and stakeholders are identified…

“I’ve worked with local government. I’ve worked in that kind of area before as a contractor, and it can be quite laborious and long-winded. And in the Digital Age that doesn’t work. If you’ve got something, the best way to get it to market is get it to market as soon as possible, and just crack on with it.

He says the academy taps into the social media skills that are prevalent among his target market. He says it enables people to become “media influencers” by developing abilities honed while posting their updates on Facebook and Snapchat to be used in a business context. “Now that’s all just a series of ways of creating opportunities for people and providing them with a platform to be able to create a pathway that fits with what they want to be. And that could be a single mother, who may have a couple of hours spare to earn a pound note.”

There is a sense from talking to Khokhar that a strong element of his motivation for making his business has been his own life experiences. He acknowledges that his upbringing has played a pivotal part in setting his career path but through valuable lessons rather than easy opportunities.
“I’ve been fortunate,” he says. He tells how he was born and raised in “a very working class area” in London around Elephant and Castle. He offers a characteristic sketch involving his elderly neighbours: “There’s shopping needs doing – you go and get the shopping, and you go and take it upstairs to them.”

His parents were from pre-partition India and his extended family was divided by the border when Pakistan was created. “I’m reluctant to say that I’m either one or the other, but most of my family is in Pakistan. His father – “a very strict disciplinarian” – died in 1981: “I didn’t really know… I only had him for nine years.” Khokhar’s five older siblings were adults when their father died so he and his younger sister were brought up by their mother. “My mum, she’s just a wonderful woman. She’s amazing. She makes me laugh every day,” he says.

In his 20s, Khokhar says he travelled Europe in his work for “a large organisation” selling and negotiating deals and subsequently started up “a couple of businesses.” He used those opportunities, he says to learn his business craft: “I’ve always considered it as collecting tools. If I was lacking in a particular area, I’d go find out what I need to know to be better prepared for the next time I go into a negotiation or to sell a product.

Khokhar’s business today is in London but he is moving closer to his ambition to expand to other centres: “WhereIts@London will translate into WhereIts@city-town-region. We’ve got the technology to create WhereIts@Glasgow, WhereIts@Cardiff or WhereIts@Timbuktu if we so choose.” Meanwhile he has a vision of a national hub, WhereIts@UKGBNI, to be launched soon.

Other strands are planned for the business – a charity, WhereIts@Foundation and a training arm, WhereIts@Academy. Profits from sales of merchandise sold on WhereIts@London will fund the foundation which will pay for training for people in the regional spin-offs from WhereIts@London.

Khokhar explains: “Our objective with the foundation is to create ten training opportunities in every Parliamentary constituency in the UK – 6,500 people. So these people will be able to approach other businesses in their constituency and say to local SMEs: ‘Can we promote you on our platform?’

“Once we’ve raised sufficient of funds through sales then we will setup the charity WhereIts@Foundation. And that’s going to fund the 6,500 training positions.”

The charitable aims of the academy, says Khokhar, will include free provision of training to people whose circumstances meet various criteria – but not, Khokhar emphasises – necessarily financial ones. “We’re not a social enterprise; we’re a business,” he says. “We’re a business with a social core that is lowering the barriers to entry to the point where it makes it a lot more feasible for people with stretched incomes or people considering the move into doing something, making that leap without having to commit to so much time and effort.”

The academy, he says, is a bid to address what he says is a digital skill’s gap in the UK. “We are a bit behind the curve in finding the right people with the right skills and it’s acutely felt at the small business end,” says Khokhar. “People there are scratching around to find someone to run their social media. Now a small trader hasn’t got time to run social media to do something so if we pair that small trader with people who’ve got the digital skills… We provide the platform. We can manage the audit trail. So we provide that safety and security, and the training, and the development, and the ongoing mentoring.”

Khokhar describes one of the “fabulous little creative places” in London that form the focus of his business: ”There’s this little area in Tower Hamlets called Fish Island. We did some work there – it’s just a hive of amazing creativity. There’s something like 500 small businesses in there. There are so many pockets of little places like that in London. And we’re touching into those people, and creating, and helping them develop their businesses.

Some businesses don’t want to make millions of pounds. They just want to have a business that’s functioning, that’s earning them, and that doesn’t increase their workload for little gain. So what we’re trying to do is kind of rush increase their productivity using technology, providing them with an upskilled workforce that work flexibly with them, locally. And we provide them with the outlet.

Khokhar is an embodiment of the notion that the kids in school today are preparing for jobs that don’t currently exist. His venture is built on a social and technological construct that only came with the smartphone. And it is also riding on an outlook that has spread from its natural home among the moneyed into the working class: that employment doesn’t have to be a job in the PAYE bracket.

The post-war working class aspiration was to work in an office. That didn’t start to change until the jobs outside offices began to vanish in the 1980s. Now a kid from Elephant and Castle will naturally picture himself in portfolio career helping others to build their portfolio. And Bill Khokhar might be able to help him. 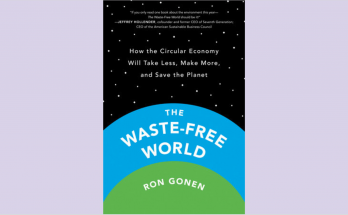 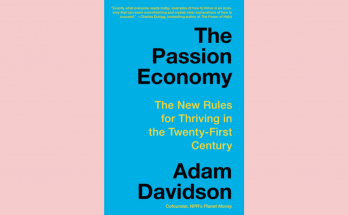