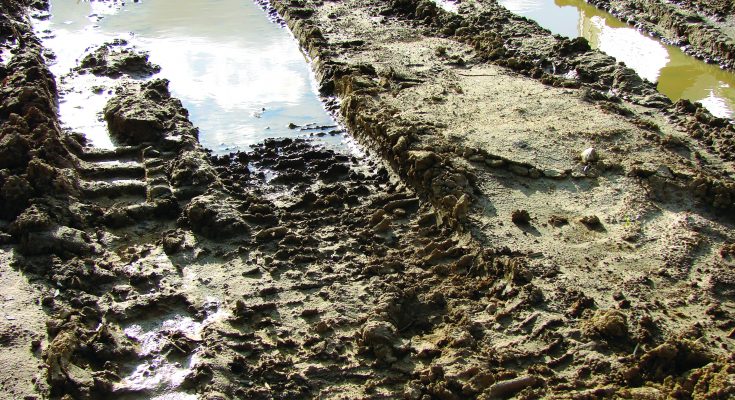 Whatever it looks like on the official reports, try to remember: out there it’s muddy and messy.

Policy and business may appear to be moving towards greater sustainability but what about the rest of us? David Fell is concerned about the demand side.

We also have pretty much every major business taking sustainability seriously. No self-respecting multi-national corporation can get by these days without a strategy to “reduce our environmental impact,” to “work together to manage resources in a way which has a positive influence on the natural environment and the communities in which we operate” or even to “make sustainable living commonplace”.

We have remarkable growth in the world’s supply of renewable energy; rapidly growing awareness of the impact of plastic on the world’s eco-systems; declining levels of global poverty; and rising standards of animal welfare. And we have a discourse in the world of economics that is surely encouraging. Economists such as Richard Thaler, Elinor Olstrom and Daniel Kahneman have won the Nobel prize (2017, 2009 and 2002 respectively); august institutions such as the British Academy are inquiring into the notion of “sustainable prosperity”; and ever-greater coverage is being given to economic approaches concerned with bringing about a more sustainable future.

“The notion of the informed consumer is tosh.”

Wonderful. We’re on the right track. Everything’s going to be fine. Sadly no. Despite all the apparent progress, it’s too top down and it’s all on the supply side.

In 1987 when Gro Harlem Brundtland was formulating her benchmark-definition of sustainable development, I was 22 and working for a company that researched UK property markets. Thatcher was in her pomp, the late 80s boom was underway – GDP growth in 1987 was 5.4%, and an even more remarkable 5.8% in 1988 – and the M25 had just been finished. My job was to identify and gather information on every single commercial property development within a ten-minute drive of the new orbital motorway. After months of ploughing through planning applications, driving endlessly along newly-completed access roads and traipsing through muddy development sites I knew with absolute certainty that there were 1,279 of them.

I built what turned out to be a unique database with all the findings. Once I’d done the analysis, I found myself standing in front of high-roller suits explaining the dynamics of the development pipeline for business parks – and I discovered something startling. Whilst there were plenty of people in the room who had used ONS stats and news clippings from the journals to prepare some charts and some hypotheses, I’d actually stood in a muddy field in Hertfordshire and I really knew what it looked like out there. What it felt like. And whilst the other people weren’t necessarily wrong, they were only seeing part of the picture. It’s like the parable of the blind people and the elephant: just because you’ve got hold of the trunk, it doesn’t mean the elephant is very like a snake.

It’s a lesson I’ve tried hard not to forget. Whatever it looks like on the basis of the official reports, or from the comfort of your screen, try to remember: out there it’s muddy and messy and things might actually look and be very different from in here.

So how does progress on sustainability look now? Well, let’s see. High-end institutional strategies? Check. Commercially-coherent resource efficiency plans? Check. Government and corporate documents written with the requisite and up-to-date buzzwords? Check.
Plenty of top-down action; and all of it on the supply-side. Where is the consumer in all this? Where is the messy stuff?

“Despite everything you may have heard, price remains one of the most powerful determinants of what people choose to buy.”

The current orthodoxy is based on the idea of the “informed consumer”. Provide consumers with all the information they need – so the thinking goes – and they will choose accordingly. Mandate that a product’s sustainability credentials are listed on the pack (or the website), raise awareness of environmental issues and – hey presto – the market will adapt. Consumers will of course want happier animals, more forests, fewer poor people, fewer hurricanes, cleaner water, and they’ll notice and carefully read all the detailed information provided by the kindly corporates and then they’ll choose the most environmentally-friendly, socially-aware and economically-progressive option. Obviously.

What is actually obvious – and as I argued in my 2016 book Bad Habits, Hard Choices – is that the notion of the informed consumer is tosh. It is as much part of the neo-liberal construct as efficient markets and shareholder value. Out there in the messy, muddy world there are, to be sure, plenty of people who say the right things when asked in a survey. And there are even a few people who try quite hard to live sustainable lifestyles and buy products and services that are consistent with such lifestyles. But let’s not kid ourselves. Most ordinary people in the developed economies are perfectly happy to keep buying all the things they want to buy, as often as possible; they have plenty of other things on their mind besides ‘sustainable development’; and they are in any case subjected to a continuous blizzard of information that makes it extraordinarily difficult to make a sustainable choice even if they wanted to.

Not only that. Given that consumer spending remains the dominant factor in determining this thing we call economic growth, every major economy depends on this behaviour. Even the UN’s Sustainable Development Goals include economic growth. The sovereignty of the consumer – your personal right to choose – the demand side of the equation – has become untouchable. To do so would be both to distort the market and to infringe on our liberties. It has become both economically and politically impossible.

“Unless and until demand is sustainable, then we won’t have sustainable development.”

Despite being impossible, however, it is essential. Ehrlich’s famous equation (impact on the environment or demand for resources equals the product of population size, affluence and technology) makes this obvious. Progressively improving the environmental-efficiency of production systems simply cannot compensate for the absolute increase in requirements that come from a growing population that demands ever-higher standards of living. The numbers just don’t stack up.
(I remember once seeing a presentation suggesting that the improvement in “eco-efficiency” required to achieve some sort of planetary environmental stability is considerably greater than the increase in production efficiency that the developed world has seen in the entire period since the start of the industrial revolution.)

If we are to act on the demand side, the immediate opportunity is for innovative interventions in the price mechanism. Price, despite everything you may have heard, remains one of the most powerful determinants of what people choose to buy. In Bad Habits I propose something I called Smart VAT that begins to shift the system onto a more sustainable trajectory by decreasing the price of more sustainable options and increasing the price of less sustainable options. This, along with other forms of green or eco-tax, would only be a start. In the longer term, we will have to address the deeper stuff, the stories, narratives and myths that comprise the notions of living a “good life” or being a “good person” that ultimately drive our choices.

“Your personal right to choose – the demand side of the equation – has become untouchable.”

Currently, and as I argued in a paper on The Language of Sustainability for the Institute of Environmental Science a few years ago, we live in a consumerist world of interlocking concepts – growth, shopping, achievement, celebrity, wealth – that conspire to block the acceptability of the sustainable (and generally less profitable) alternatives – care, fairness, moderation, gentleness, satisfaction. I suggested, in that 2009 paper, that a path of genuinely sustainable development would not be possible unless and until we express a story of what a sustainable life might actually be like, and in a way that is accessible and meaningful for millions of ordinary people. Unless and until demand is sustainable, then we won’t have sustainable development.

My optimism that this might actually come to pass received a significant boost recently when 2013 Nobel Laureate in economics, Robert Shiller, gave his presidential address to the 129th annual meeting of the American Economic Association under the heading Narrative Economics. Shiller does not address sustainable development per se but shows, with his customary eloquence and plenty of data, the powerful interaction between the stories we tell ourselves about what’s going on in the economy and what actually happens. Drawing on epidemiological models of diffusion, and on examples ranging from the 1929 Crash to the impact of the Laffer Curve on the Reagan and Thatcher governments, he shows how narratives spread through social networks and help to co-determine economic outcomes. In so doing he de facto sketches a way in which we might, conceivably, begin formulating the new stories that we shall need; how such stories might spread to help shape sustainable demand; and, in turn, how to create the kind of economy we’ll need to be consistent with those stories.

It’s a project we have to undertake. It’ll be messy and muddy, but the alternatives are much worse.

David is director and co-founder of Brook Lyndhurst Ltd; writes and speaks widely on sustainability; and blogs and tweets as econenough. During the autumn of 2016 he spent three months … 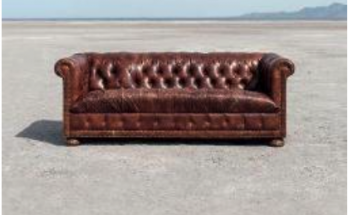 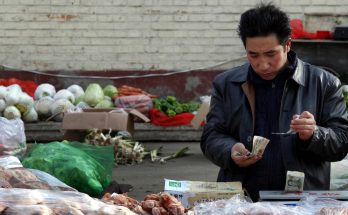 China’s economy grew in 2020, but only the rich are “revenge spending”