There is a scene in BBC’s Sherlock in which its eponymous hero is shot at point blank range by Mary Watson. We observe in slow motion. Dodge it – the viewer shouts at his TV. But bullets travel 1000 meters a second, far faster than human muscles, and the viewer’s perspective is misleading. Slow-motion gives an illusory sense there is time, but in reality there is nothing Sherlock can do to avoid being struck.

Sleek, glass skyscrapers towering over the sea form the defining image of the modern city. They garland coasts and riverbanks east and west – where there used to be mangrove and beaches forming natural buffers against the sea, there are now sought after settlements. The chic buildings with their panoramic views command premium rents, and attract fashionable people to set up home and multi-nationals to house their headquarters. In Mandarin there is the expression associated with these especially prized views: have mountains, have sea.

The world’s largest urban conurbations – Tokyo, Shanghai, Jakarta – are built next to the sea. In fact the prime real estate lies on islands like Mumbai, Manhattan, Hong Kong or Singapore linked by bridge or tunnel to their hinterlands, or on reclaimed land below sea level defended by sea-walls like the Dutch Randstad, or US’s New Orleans. Most Hong Kongers, myself included, live on a slither of land between Victoria Harbour and the mountains, often borrowed from the ocean. It wasn’t like this in the past. Cities like London, Delhi, Beijing, Paris and Rome – the seats of ancient empires, laid out pre-globalisation – were built further inland.

Seashore conurbations are vulnerable to the sort of rising sea level that could be triggered by climate change. Hundreds of millions of people around the world live along the coastline six metres or less above sea level. The map produced by NASA (pictured) shows those areas in red. You can see the world’s mega population centres of Netherlands, northwest China, Istanbul, Kolkata, Jakarta, the Mekong delta, Buenos Aires, Karachi.

Just how much will sea level rise? In the previous Eemian inter-glacial period around 125,000 years ago, temperatures north of the Alps were thought to be 1-2°C higher than the current Holocene inter-glacial and sea-level was six to nine metres higher than now. The Paris Agreement seeks to hold temperature rise to well below 2°C. Clearly, even if the Paris Agreement succeeds, geological evidence suggests that once the rise in temperature finishes feeding-through to glacial melting and thermal expansion of the seas many of the places we call home will be underwater. Current climate models say it will take 200-300 years for this rise to occur, but there is some worrying evidence it could be much sooner.

In my novel The Rising Tide, set fifty years in the future, the Greenland ice-shelf has started to disintegrate triggering tsunamis and inundation of low-lying areas. Over a course of a few years the foundation stones of a progressive future including: robots, self-drive cars, artificial intelligence, benevolent governments that determine which jobs are reserved for humans and which can be automated, are supplanted by a crisis economy, forced withdrawal from the coasts, and countries overrun with refugees. In my next novel I’ll describe the collapse of critical infrastructure and how society will begin to unravel.

Like much science fiction my novel is as much about the present as the future. We know the bullet of sea-level rise is coming our way so why are we behaving as though nothing needs to change?

Heterodox-economics offers a glimpse of the reasons. We know about climate change, but collectively we don’t act on this knowledge. In the report on the economics of climate change, Nick Stern argued that social discount rates were set too high because they incorporate assumptions of continued economic growth. That idea becomes untenable under many future climate change scenarios. He counselled setting a much lower risk adjusted discount rate based on a computer emulation of the various influences in play –  known as a Monte Carlo analysis – to assess future costs.

But there is something deeper going in our collective indifference to the threat of rising sea levels to our cities. Property developers and buyers continue to build and pay top-dollar for shorefront properties. It appears that collectively, mankind thinks it can out-engineer sea level and out-insure privately held risks. No government wants to be a killjoy that says we need to bear costs now to relocate cities further from the sea to counter events that may unfold over the lives of another one or two generations.

Collectively there is a failure of human imagination arising possibly from the way the brain is hard-wired. Nobel prize winning psychologist Daniel Kahneman, and his colleague the late Amos Tversky, produced theories of loss aversion that suggested we value goods we own already far more than the goods we could own in the future. So we have a predisposition to hold onto what we have already, even though climate risk is fast-eroding its risk-adjusted value.

Perhaps the biggest mental bias is our inability to grasp the non-linear and chaotic impacts of climate change. We cannot properly comprehend and hence prepare for low-probability events. The trajectory of the changes the world will experience will not be tidy straight line rises in temperature and sea-level, uniformly smeared around the world. They will come as ferocious typhoons and heat waves that strike discrete populations often with just a few days’ warning.

Adapting to climate change first and foremost must surely mean we stop digging the hole we are in. Maybe it is time for the creative arts to step up to the plate. Maybe we need the great climate change novel, or movie or Xbox game to engage our tastes and our conception of modernity. Where hard facts fail to inspire action; perhaps inspiring fiction can.

Sherlock survived Mary Watson’s bullet, but not by dodging it. It was too late for that. Instead he chose how and where to fall to minimise the loss of blood and hence survive till the help arrived. Maybe we should take note.

Prashant is an environmental economist and novelist who lives in Hong Kong and works on climate issues for WWF. He is the author of three books. His most recent, the … 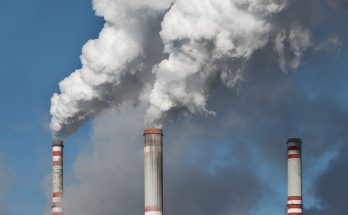