HONG KONG — Hong Kong this week witnessed the fiercest violence since the anti-government demonstrations began, as university campuses became flash points for clashes between protesters and the police.

A student from the University of Hong Kong who joined others at the Chinese University of Hong Kong — where protesters have barricaded the sprawling campus — was confident their strategy was working. The student, who only gave the name Thomas, said the plan “to win” is to “paralyze the economy, stop everything, stop people going to school, stop people going to work, paralyze the society.”

Thomas conceded this was “selfish” but said, “We tried the peaceful way in the beginning, but no result — we have to escalate.”

With the protests now in their sixth month, China’s official media and other observers are openly questioning whether Hong Kong is sliding toward anarchy.

A recent editorial in the state-run China Daily, under the headline “HK must not be ruled by anarchy,” said that protesters were “adopting terror tactics” and warned that “more stringent measures” were needed to control the situation. Stephen Roach, a senior fellow at Yale University and former chairman of Morgan Stanley Asia, last month on CNBC described the scene in Hong Kong as “destructive anarchy.” 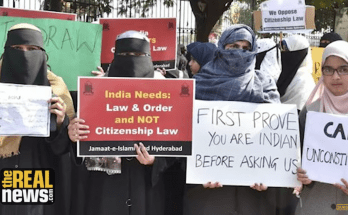 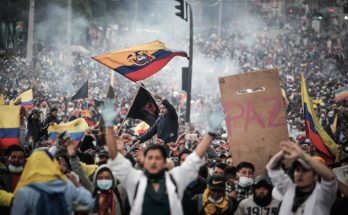 Protests in the global south: Ecuador and Chile facing an uncertain economic order