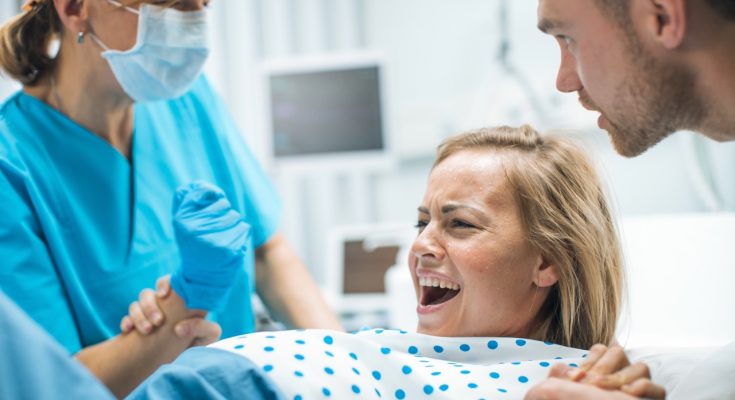 A woman’s work: “Producing well-socialised human beings, who collectively are often referred to as the labour supply.”

Jennifer Cohen explains why there are no such things as women’s economic issues.

There is a popular misconception in economics that feminist research is about women’s economic issues. There are no such issues. Economic phenomena associated with women influence economic outcomes for people of all genders.

The gender wage gap is a clear example: women who are full professors of economics earn less than 75% of what men who are full professors of economics earn, a gap that has widened since 1995. This inequity affects women – and their children, families, and communities – including sons, brothers, husbands and so on. The gender pay gap is not a women’s issue, it’s an economic issue and the same is true of all the economic issues that feminists research.

This is true even without impacts on men through interdependency, because women are economic agents in their own right. The phrase, ‘women’s issues’, suggests that women and the work they do are marginal to the analysis of “real” economic issues. That is demonstrably untrue. Feminist political economy reveals how profoundly this simple point can contribute to economic analyses, especially heterodox analyses.

“What a feminist perspective is, depends on who one asks.”

At the core of feminist political economy are three basic claims.

First, there exist hierarchical relationships, inequities, between women and men that reflect power relations, have material ramifications, and can be changed.

Second, feminist political economy makes an explicit normative commitment to improving the conditions under which people reproduce themselves inter-generationally and on a day-to-day basis. This commitment is shared by most heterodox economists, even if their work is not focused on social reproduction, and they do not articulate it.

Third, the economy is narrowly defined in mainstream and much of heterodox economics with economists tending to be fixated on a small portion of economic activity and economic behaviour, to the detriment of economic analyses.

Beyond that core, what a feminist perspective is depends on who one asks. There are many strands of feminist work in the discipline including: feminist institutionalism, feminist post-Keynesianism, Marxist-feminism, post-structural feminism, and postcolonial feminism. Most feminist researchers in economics draw from multiple traditions, so the phrases, ‘feminist political economy’ and ‘feminist radical political economics’, are useful.

Feminist theory has had a limited impact on mainstream and heterodox economics. Even though the Union for Radical Political Economics formed in 1968, included the first women’s organisation in the discipline, less than 3% of the articles published in regular issues of its journal use a feminist lens, or are about women, girls, or gender. Feminist work is either missing or excluded.

There are a number of reasons for this, but in putting feminist work in dialogue with other heterodox perspectives, two stand out. First, heterodox economists misunderstand feminist research and the critique it presents. Second, economists do not see how feminism clarifies and strengthens their own heterodox arguments.

Underlying both is productivism. Productivism biases what most economists study, what they think is valuable, and what they understand to be the economy. Feminist work makes two critical interventions. That a small portion of economic activity – typically defined as production – would not, and could not, exist without the reproductive labour that is disproportionately done by women.

Reproductive labour includes giving birth, also known as labour, and the daily work of producing well-socialised human beings, who collectively are often referred to as the labour supply. People are not born alone, and most do not have lives separable from others, and do not die alone. People are produced through a gendered and racialised division of labour. Slavery, apartheid, colonialism, and imperialism are part and parcel of this production process.

Most economists simply assume that social reproduction is happening and will continue to happen. They ignore the work it requires, the people who do the work, and the fact that the work happens at all — and that it’s relevant to the economy and therefore to economics. This oversight denies the value of women and women’s work, relegating both to the sidelines of the discipline. It also denies the valuable contributions feminist radical political economy has made to the heterodoxy, and cheats heterodox economists of further feminist insight. The benefits of engaging with feminist work are significant.

To return to shared, normative commitments, it is important to ask, what are economic analyses ultimately for? Is the purpose related to improving the conditions under which people reproduce themselves intergenerationally and on a day-to-day basis? Social reproduction makes a clear normative case for heterodox economists’ analyses and policy recommendations. In some instances, it aids in the identification of the gendered, racialised, and classed people likely to benefit the most from those analyses and policies, strengthening the arguments for them.

In other words, feminist analysis is crucial; one cannot understand capitalism without it. Further, our own individual projects probably make more sense in light of the normative commitment underlying them. The heterodoxy adopting a more reflexive view of the work they are already doing, and locating it in relation to the whole of capitalism, and acknowledging that they are prompted to do so by feminist work, could generate a much richer understanding of capitalism.

This is important because it is precisely this process through which many policies work. Why else agitate for increased state spending on, say, healthcare? It has impacts through social reproduction; that is how the benefit of the policy is realised for most people. Secondly, dynamism means social reproduction is political. In this way, feminist thought also reveals the potential for emancipatory politics in people’s ordinary lives.

Jennifer is a Professor of Global and Intercultural Studies at Miami University and Joint Researcher in Ezintsha, in the Reproductive Health and HIV Institute, University of the Witwatersrand. Her mixed … 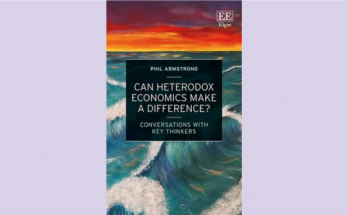 Can Heterodox Economics Make a Difference?