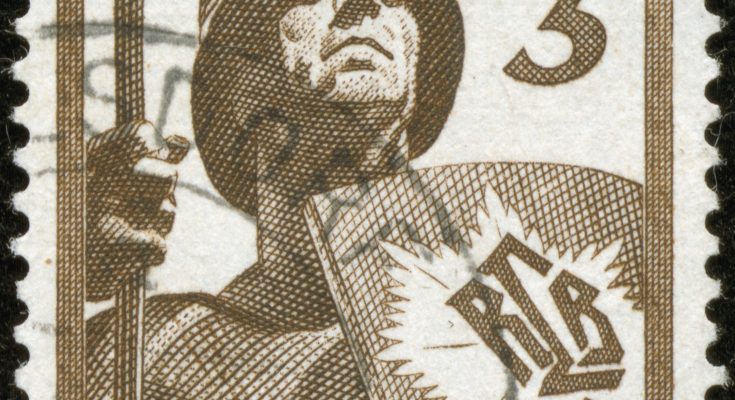 Global warming is happening but the planning to halt it doesn’t just happen. Charles Seaford asks who? And other questions.

Well-informed people the world over knew, in 1933, that something very dangerous had just happened in Germany. But not much was done about it until Hitler became an emergency six years later.

In 2009, at the time of the Copenhagen conference, well-informed people knew that climate change was dangerous, but not much happened then either. While there has been some progress in the ten years since, the decisive, structural changes needed to avoid catastrophe are yet to be made.

But in 2019, something did change: Greta Thurnberg and Extinction Rebellion made it real for people. Parliament declared an emergency. The Labour Party voted for zero net carbon by 2030 (although it later changed this to the 2030s). And the proportion of people for whom climate change was one of the top three issues facing the country almost doubled in the course of just four months according to YouGov.

Nothing has actually happened, mind you – even some non-governmental organisations still talk as if incremental changes introduced over several years were enough, and there have been no policy announcements remotely adequate to the task. But still, there is a sense that we are on the cusp of change.

“Can economics and political science rise to the occasion?.”

In my recent book, Why Capitalists Need Communists: the Politics of Flourishing, I argue, in a sense, the bleeding obvious: that we need major structural changes to infrastructure and industry, and that requires sophisticated and extensive planning.

For example, to decarbonise the transport sector requires a co-ordinated programme of infrastructure investment, regulation and subsidy, and public and private sectors to work together effectively. To eliminate embodied carbon in manufactured goods made or consumed in the UK will require a programme of sectorally-specific targets and policies that prompt the private sector investment needed. That too will require public and private sectors to work closely together and plan the outcomes – it cannot be left to chance.

Remarkably, I have had a fair bit of push back on this point, as if major structural change in the short time available will just happen, or at least will happen if we apply a carbon tax – the stroke-of-a-pen school of change management.

“We have to accept that planning isn’t easy and can go wrong too.”

Taxes are important. But on their own, price signals – which taxes influence – are better at driving short-term change than they are at driving long-term structural transformation. The interactions and unpredicted consequences are too complex to guarantee the desired outcome, meaning, sometimes they work and sometimes they don’t.

But if we need to plan, we have to accept that planning isn’t easy and can go wrong too. There is a whole history of disaster which opponents of the idea like to rehearse. And it is true that policy wonks like me sometimes forget to ask the “who?” question: Who will turn your great idea first into a plan, and then into action. No one who has been watching British politics in the past year can have that much confidence in the new elected government’s capacity to make real change happen.

Economics, too, tends to abstract away from this question, assuming actors who may be hampered by information failures, agency problems and so on but who can still be relied on to be minimally competent and effective.

In addition, in a democracy, planning has to have popular support or it won’t happen. And anyone who has been campaigning against Brexit knows the difficulties that can involve. There is a certain amount of practical experience about how to build support for policies based on qualitative research and deliberative processes, but the subject has not been systematised.

And finally, because the problem is global, interactions and negotiations between nation states and blocs are centre stage. There is an academic discipline focused on these interactions and negotiations, but what are the implications for UK climate strategy, for preparations for COP 26 in Glasgow, and for activists and businesses who want to see an effective approach?

“All of these disciplines need to feed into a more popular discussion that will influence our politics.”

In short, we need an economics of planning, a political science of popular support, and a political science of international relations, all focused, not on interesting questions, but on the challenge of avoiding more than another half degree of temperature rise. And all of these disciplines need to feed into a more popular discussion that will influence our politics.

In a way the underlying subject is old: how to manage the relationships between the state, individuals and capital. However, the specific challenges are new and include how to make the planning of major structural change work.

We know, for example, that businesses are much better than the state at making things happen. It follows that if we want massive change to actually happen, it would be sensible to mobilise business. This means a central question is how best to mobilise business?

Is it to leave profit maximisation as the driver and to construct financial incentives for the behaviours we want to see? Or is it to change the driver? My guess is that some combination of the two will be needed. To rely on financial incentives alone would be a real article of faith. But this question needs study along with how the desired results are to be achieved.

New questions may need new techniques – at least that is a reasonable starting point. Furthermore, as with any innovation, experimentation will be needed. Some innovative techniques may prove more productive, some less so, but we cannot know in advance which is which and so we need to encourage diversity of approach.

And genuinely multi-discipline approaches are needed too. So this is a call for economic pluralism apart from anything else.

In addition, the nature of the problem depends on who the political actors are. There isn’t a single answer to the challenge of how best to mobilise business. We now have a Conservative government which will probably be in power until the end of 2024 – half way to the 2030 deadline for zero carbon that Labour originally proposed at its conference and that the Green Party continues to back.

We have to have solutions that have a chance of being welcomed by this government – or, if you like, in the economics I am talking about, the nature of the government has to be a variable in the model.

In short we need a problem-solving, solution-based economics – and research questions and funding processes that are oriented to this.

Charles is author of ‘Why Capitalists Need Communists: the Politics of Flourishing’, Senior Fellow at Demos and a co-investigator at the Centre for Understanding Sustainable Prosperity, UK. He was formerly … 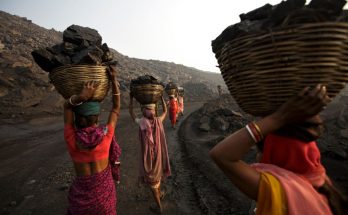 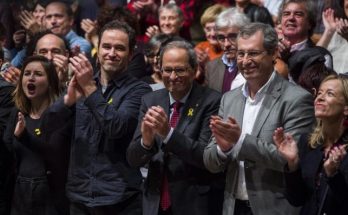