Maximilian Mayer thinks being among China’s richest people may not be an advantage these days. The global technology and China expert at Cologne University is convinced the country’s political leadership is “determined to crack down on its tech giants.”

As an example, he points to ride-hailing company Didi Chuxing as the latest technology company to fall victim to the Communist Party “crusade,” which came despite Didi’s successful public listing in New York recently — the second-biggest IPO in the United States by a company based in China.

“What we are seeing is a sustained and probably widening campaign aimed at a stronger regulation of internet companies and their big databases,” Mayer told DW. Chinese authorities, he said, were apparently looking to protect consumers from companies abusing their huge data collections, and are aiming to curb the market dominance of those firms.

However, China isn’t alone in trying to control large technology firms. Mayer noted that similar antitrust actions were currently being taken by the European Union against US tech giants Amazon, Google, Facebook and Apple.

Mayer believes, though, that China’s Big Tech companies may have simply grown too big, too fast in the opinion of the government, which would explain China’s swift regulatory action to curb their rising influence.

In its campaign to impose tougher controls on the nation’s tech firms, Beijing delivered a first powerful broadside at the sector in November 2020, when it pulled Ant Group’s dual listing in Shanghai and Hong Kong virtually at the 11th hour. An affiliate of Jack Ma’s Alibaba Group, Ant dominates the country’s financial technology sector affecting the lives of millions of Chinese through its Alipay app and the Yu’abao money market fund.

By April this year, it was clear authorities were widening the offensive, as they slapped a fine of 18.2 billion yuan ($2.8 billion, €2.3 billion) on Alibaba for antitrust violations, and launched a probe into food-delivery service Meituan over similar concerns. Meituan, Alibaba and its fintech rival Tencent meanwhile belong to China’s most valuable firms.

Alongside data security concerns, China’s Communist Party was also interested in regaining control over the private data of its more than a billion citizens, Mayer said. “The Communist Party has secured a membership of 90 million over the past 100 years. A digital ecosystem like messenger service Tencent has grown 1.2 billion active users within just 10 years, allowing the firm to access more real-time data of people than will ever be possible for the party.” 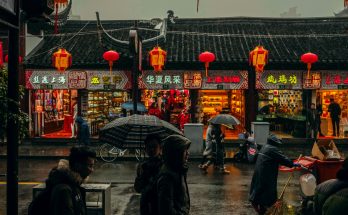