Brazil is big. But politics and inequality are the fuel for its Covid wildfire says Laura Zampini.

In mid-June, while most of Europe and Asia were starting to relax restrictions, international media began to label Brazil as “the epicentre of the epicentre” of the coronavirus pandemic. But alarming headlines fail to convey the complexities involving Brazil and Covid-19. An understanding of the economic and political structures, especially the country’s historical inequities, is needed to untangle the crisis.

This is not to deny that Brazil had a steadily growing number of cases for months, over 134,000 confirmed deaths (as of 16 September), and a president who consistently refuses to acknowledge the severity of the pandemic. But Brazil is continental in size. It is unhelpful to compare statistics from Brazil to those of most European countries, which are similar in size to Brazilian states. So different areas of its territory will inevitably go through different, overlapping, pandemic stages. While some state capitals, such as São Paulo have been able to reopen commercial activities from July, some rural areas and smaller towns are still going through the worst of the disease. When I arrived in my hometown, Campinas, only 92km from São Paulo, it still showed a growing number of cases and around 600 recorded deaths, with intensive care unit occupation rates fluctuating between 80% and 90% (July 2020).

“From the onset of the crisis, Brazil’s Covid-19 response was transformed from a scientific debate into a political battle.”

Brazil’s federal government has most of the macroeconomic tools to respond to economic crises, while state and municipal bodies have the majority of the governance over public health. This hints at some of the reasons why a country-wide lockdown was never achieved and the hyper-politicisation of the pandemic occurred, preventing a more effective response.

From the onset of the crisis, Brazil’s Covid-19 response was transformed from a scientific debate into a political battle between President Jair Bolsonaro and his opposers. This political partisanship was highlighted by the discussion on the use of hydroxychloroquine for treatment. Going against official medical advice, Bolsonaro ordered the Brazilian armed forces to increase the production of hydroxychloroquine 100-fold for Covid-19 treatment.

“The policy response to Covid-19 was reduced to a single drug, which still hasn’t been proven effective,” says technical director of Casa de Saúde hospital in Campinas, Dr Caio Araujo. Bolsonaro also expressed a disbelief in  the lethality of the disease and the usefulness of protective measures This skepticism inevitably spread to the Brazilian population. “What scared me the most when I came back to work was people of all ages telling me they were just not afraid of Covid,” says Nelson Modesto, a warehouse worker in Campinas.

But the politicisation of public health policy in Brazil goes beyond an irresponsible president. While he was promoting denial, several state governors took the opportunity to feed into the false dichotomy of “health versus the economy,” seeking to gain political leverage, while being heavily involved in Covid-19 corruption scandals. Pitching the economic costs and health benefits linked to increased restrictive measures as mutually exclusive priorities oversimplified the debate. It also ignored the disproportional consequences of Covid-19 for poor and informal workers in Brazil. Two weeks before Brazil registered its first case, the Brazilian Institute of Geography and Statistics published data showing that 38 million workers made up the country’s informal sector. They represented more than 50% of the total workforce in 11 of 27 states. Black Brazilians were the majority among poor and informal sector workers, more vulnerable to job losses as well as infection by airborne diseases.

The first cases of Covid-19 in Brazil were detected in late February. At the time, the virus was spread mostly by middle- and upper-class travellers returning from Europe. It then began a gradual spread, reaching poorer urban areas with deadlier consequences. In São Paulo, samples collected by its state university in mid-June show that there were two separate epidemics simultaneously spreading through the city.

In middle- and high-income families, 6.5% of the population had contact with the virus, while in lower income families, that proportion was 16%. Among Brazilians who never finished primary school, the number of people infected was 4.5 times larger than those who undertook higher education. This inevitably became a national trend. Silvia Arruda, a paediatrician in both the private and public health systems of Campinas, witnessed weekly increases in cases and deaths among lower-income citizens. “From the beginning, middle- and upper-class citizens were more able to isolate and protect themselves,” she explained.

“The government’s unemployment benefit provided during the pandemic amounts to less than the minimum wage.”

The virus’ movement to the peripheries has exposed harsh structural inequalities both in the prevention and treatment of Covid-19. Peripheral populations are often not able to adapt to remote work, avoid public transport or carry out physical isolation in multi-generational living spaces. Dr Araujo noted that patients transferred from public hospitals to Casa de Saúde arrive in much worse clinical states and tend to have severe underlying conditions such as diabetes, asthma, and cardiac insufficiency. “The virus is the same, but if there is something tragic it is knowing that from the medical point of view, people’s chances are not the same,” added Dr Arruda.

These inequalities have also manifested in higher unemployment among black and poor populations due to the economic consequences of Covid-19. This has led many people to find other means of making a living during the crisis. “My next door neighbour is making masks to sell, the one in front of my house has started a cleaning products business, and a friend from the neighbourhood is selling savoury snacks,” said Vanda Serafim, who also started a food delivery business during the pandemic.

Simon Dartil, a Haitian migrant living and working in Campinas did not lose his job, but had been working without pay for over two months at a local restaurant when I spoke to him. “The worst for us migrants is paying rent in this situation,” said Dartil. Lucas Fraiha, a volunteer delivering food baskets in Campinas explained that “demand has been growing exponentially as unemployment increases and small business owners become more vulnerable.” While making these deliveries, Lucas observed a radical increase in the number of rough sleepers around the city; “I saw many people better dressed than most, who looked like they had just lost their homes, although they were equally desperate.” The government’s unemployment benefit provided during the pandemic amounts to less than the minimum wage and is difficult to access for anyone without paper documents or access to the internet.

When observed closely the Covid-19 response in Brazil has made the crisis an X-ray of the country’s main challenges: political radicalisation and structural inequalities. As Dr Arruda put it, “knowing reality makes us want to change,” but it is definitely not enough. Like the rest of the world, it remains to be seen whether or not the pandemic will lead to a truly transformational wakeup call for Brazil.

Laura is a final-year International Relations student at the London School of Economics. She has been involved with student journalism at university and is particularly interested in educational development and post-colonial studies. 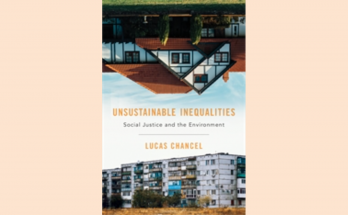 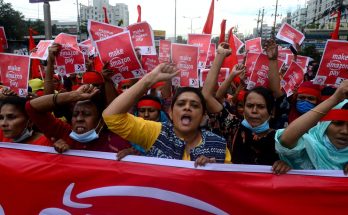 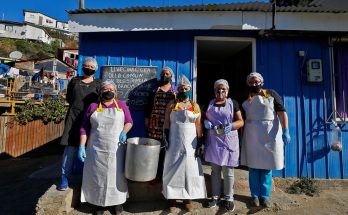