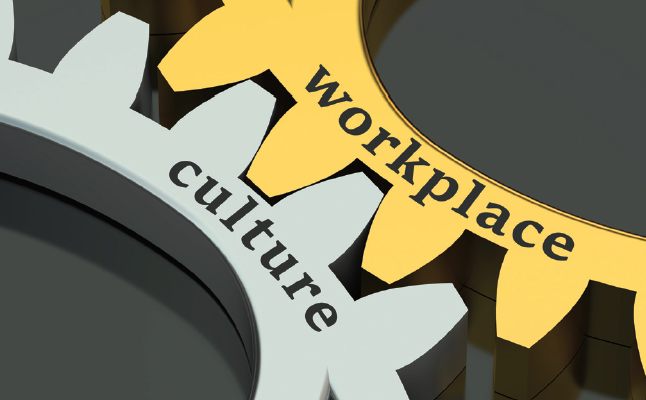 How do you measure it? Can you turn it around?

‘How?’ is becoming as important a question as how much? in investors’ regulators’ and customers’ appraisals of businesses. Deborah Hawkes reports from the New Economic Knowledge Services Regulation and Trust conference.

When the Nobel Committee announced last month that Richard Thaler had been awarded the 2017 prize for economics, citing his work on behavioural economics, many in the business of regulation and risk must have shared a sense of vindication.

Behavioural economics has been at the forefront of change in economic policy since the 2007 crash showed that neo-classical economic models, which often characterised the consumer as a set of numbers and averages, did not reflect the real world. Along with bankers and industry chiefs the regulators took the blame when it became clear they failed to rein in risky behaviour from board level downwards. Much work has been done in the past ten years to look at why regulators made those errors and how to encourage ethical behaviour and culture change instead.

Professor of Justice Systems, at the University of Oxford, Christopher Hodges, has been among those working on culture and ethics in business. He has been working on this issue for ten years. And in his presentation to The New Economic Knowledge Services (NEKS) recent conference on regulation and trust he distilled his decade’s work into two concepts: doing the right thing (which holds true for any organisation, private or public) and how can you produce evidence that you can be trusted?

From these concepts he moved to a definition of Ethical Business Practice (EBP) and Ethical Regulation: “A company with EBP is completely engaged in creating and sustaining a culture where people are continually asking “Are we doing the right thing?” and are able to recognise and challenge unethical behaviour,” Hodges explained. He added: “It’s not a blame culture either because they recognise you can learn from mistakes. Crucially it also means companies are open with regulators and have evidence of their own EBPs.”

There were many questions: How can the regulator avoid capture? Is this a relationship that can becomes too cosy? Isn’t it possible to just slice and dice the data to suit the regulator? How do you convince the media and public that punishment and big fines don’t lead to better outcomes?

Hodges had some compelling evidence to show that in a number of industries an ethical approach can have better outcomes than existing regulatory models.

He offered an extreme example. There was a time at certain airlines in Japan and Korea when it was impossible for a junior pilot to ask a captain a question because strict social hierarchies didn’t allow it. Hodges said that had the junior seen that the plane was about to fly into a mountain; the plane would hit the mountain – such was the culture in these fleets. Culture change in these organisations has brought on significant improvements in the safety record of their fleets. Hodges provided other sector examples including the medical profession and food standards and restaurants, where promoting ethical behaviour had tackled health and safety issues.

Some of the outcomes for the regulator, such as continued engaged relationship between the regulator and the regulated and lowering the costs of compliance did draw scepticism from the audience. Questions included: how much can companies game the situation and capture the regulator? With ever-growing pressure to reduce public spending then lowering costs could overshadow the fact that some of these concepts are minutely incremental as culture doesn’t change overnight.

The long-term approach of engaging with a company’s culture still doesn’t feel right to some. Blame and fines are seen by many as more appropriate. Fines have their role in the ethical model; if the evidence shows that a soft approach isn’t working then fines can be imposed. But the severity of a fine is not necessarily fixed.

Hodges gave an example in which two water companies had breached the regulations and faced different outcomes from the regulator. For one it was a hefty fine, the other the equivalent of a caution. Why? The company that didn’t get a fine had clear evidence that it was working on turning round the culture of the company to become more ethical and operate within the regulation. The fined company was making no such effort – so the incident could happen again.

Not fining the company that was embracing cultural change is an encouragement to continue the good work. But, as Hodges stressed, the decision was made on the basis of clear metrics demonstrating how each company was operating. As Richard Thaler says, “we can’t do evidence-based policy without evidence”.

So how do you measure culture?

Dr Roger Miles, from the Berkeley Research Group, counsels boards on best communication of risk and conduct matters. He has produced initiatives for “risk-aware working” for global organisations, including financial and professional service firms. During his presentation at the NEKS conference entitled: Culture and Reputation Audits make a Difference, he said: “How useful these internal audits will be, only time will tell.” But for me, the biggest takeaway from the session was the impact such audits can have on trust.

In a post crash world where trust of financial institutions is at an all-time low, building trust in the financial industry is a priority. If there is clear evidence that bankers are doing the right thing and have a culture that respects the elements of that approach, such as transparency and customer fairness, then the gain for the industry is greater trust. As Miles notes: “Customers only engage if they trust their provider to do the right thing.” He believes culture audits can verify that regulation works and “answers continuing public mistrust and need for reassurance.”

But perhaps there is another benefit which is not just about the financial institutions. The Harvey Weinstein revelations and Westminster harassment allegations have focused on how people are treated in the workplace. More and more investors are looking at a company’s policy on respect in the workplaces and this is where cultural audits can score another win. In the past, metrics in business just looked at the numbers. But metrics that measure attitudes towards staff will increasingly become part of the picture because how you treat your staff can reflect how you treat your customers.
[END BODY]