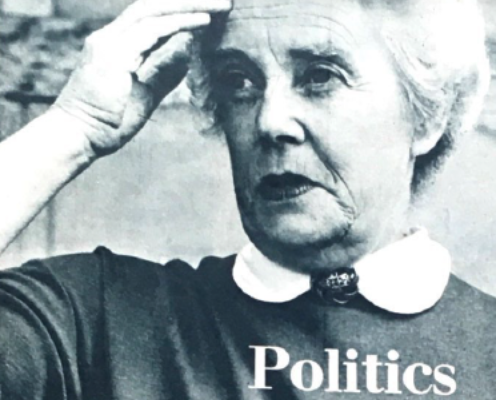 Danielle Guizzo looks at how economics made the work of academic giant Barbara Wootton, invisible.

Barbara Wootton, was a leading name in the areas of Sociology and Criminology in post-war Britain. Her contributions to the discussion of prison systems, juvenile criminality and drug dependence awarded her a distinctive role in British social policy, as well as a leading role in shaping sociology as a field of inquiry. Her publications included Social Science and Social Pathology (1959), which explored the social foundations of anti-social behaviour, and Crime and the Criminal Law (1964), which questioned biases and preconceptions in criminal law about reoffences and “the criminal mind”.

But she was also a force in economics, asking questions that are still being asked. She campaigned for economic and social policies based on statistical evidence. And she questioned her contemporaries’ view of the market as a neutral arbiter. Yet Wootton’s name is hardly mentioned within the history of the discipline despite – or arguably because – her thinking was ahead of her time and critical of the discipline.

Current activities to increase diversity and inclusivity in economics include significant efforts to give women parity with men. And uncovering their “herstories” can be a powerful tool to raise awareness, disseminate their contributions and knowledge, and give a voice to the unheard. This is demonstrated when we examine Wooton’s experiences in Economics.

Before leaving the discipline, Wootton aimed at changing it by discussing its main methodological flaws and theoretical limitations. In Lament for Economics (1938), she challenged the idea that economics was concerned only about managing scarce resources to fulfil unlimited human needs and questioned the persistence on market relations as being objective and the best way of social organisation. Wootton’s view is that economics should, above all, be useful and concerned with social betterment. This concern might be beyond any intellectual argument and dependent on a particular system of values, but, in Lament for Economics she asserts that the study of economics should not be “undertaken in a spirit of indifference to its practical utility as a means of improving conditions of human life”.

Wootton’s view is that economics should, above all, be useful and concerned with social betterment.

Unsurprisingly, Wootton’s view was not well-received by her fellow economists. Biographer of John Maynard Keynes, Roy Harrod,  reviewed Lament for Economics summarising it as an “unappetising programme for the future development of economics.”

Less enthusiastic about the developments of economics in the late 1930s – which was becoming more technical, more intimately related to mathematics and statistics, and aspiring to reach the status of science – Wootton began to explore the issue of economic planning, the relationship between the state, the market and economic policy, and ways that the social sciences could serve the public for immediate needs.

Following the publication of the Beveridge Report in 1942, which changed the nature and structures of the public provision of welfare services, Wootton was appointed as part of a small technical committee that consisted, among various scholars, prominent economists: Thomas Balogh, Nicholas Kaldor, Michal Kalecki, Joan Robinson and E. F. Schumacher. There, she had the opportunity to discuss and exchange ideas that would later help to shape and consolidate core elements of the Welfare State.

For Wootton, a comprehensive system of welfare provisions should include ensuring practical personal freedoms, providing minimum nutritional, housing, educational and leisure standards. At the same time she maintained that it should limit the expansion of economic inequality: “Good political principles must spell real changes in the real lives of real people: otherwise they are dust and ashes,” (Wootton, 1944).

Good political principles must spell real changes in the real lives of real people: otherwise they are dust and ashes.

She often emphasised the importance of meeting social collective ends, rather than individual, isolated ends – which offered a sharp contrast to much of what would later become a field known as “public economics”. Wootton was also mindful about existing criticisms about the drawbacks of a welfare system, advocating how benefits should be widespread, sufficient in amount and in duration, going against the premise that the public supply of provisions would stimulate people not to work or earn enough.

Between the 1930s and 1970s, following her appointments as a chairman of juvenile court magistrate, a lay magistrate and as a professor in Bedford College, University of London, Wootton then dedicated the rest of her career to rethinking and reshaping social policy, particularly targeting work and pay inequalities, unequal judicial treatment of children and teenagers, and abolishing capital punishment. A vocal activist against disciplinary labels, as her biographer, Ann Oakley claims, Wootton insisted that “these were unhelpful to what much later would come to be called ‘joined-up’ thinking about social policy” (Oakley, 2018). In Sociology, Wootton found more open and fertile grounds to implement her view of improving the common good in academia and in policymaking, which sits in stark contrast to Economics, which had pushed her aside for not conforming to the expected methods, assumptions and ideals of a “serious” economist.

Making her mark
Wooton was born Barbara Adam in Cambridge on 14th April 1897. Her father, Jack Adam, was a tutor at Emmanuel College, and her mother, Adele Marion, was a fellow of Girton College, both at the University of Cambridge. Her academic prowess was undeniable: as a fellow of Girton College studying Classics and Economics between 1915 and 1919 she won, in 1917, the Agnata Butler Prize for the best Classics students in their second or third year.

Wootton gained a first class in her final exams with the highest mark ever attained, but as a woman she was prevented from holding a BA. She was one of the first four life peers appointed under the Life Peerages Act 1958. She was President of the British Sociological Association from 1959 to 1964.  Wootton was among the first group of women to sit in the House of Lords as a life peer, and its first woman Deputy Speaker (in 1965), paving the way for other women academics to become involved in decision-making.

This article is drawn from research done jointly with Carolina Alves.

Committee on the Status of Women in the Economics Profession [CSWEP] (2020) 2020 Report. American Economic Association, 15 December 2020.

Danielle is Senior Lecturer in Economics at the School of Economics, University of Bristol (UK). Her research expertise is on the areas of history of economics, political economy and economics … 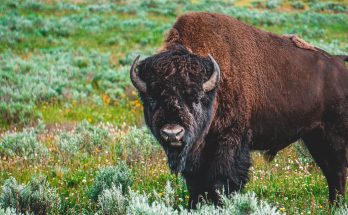