Joe Stiglitz was awarded the Sveriges Riksbank Prize in Economic Sciences in Memory of Alfred Nobel in 2001 together with George Akerlof and Michael Spence “for their analyses of markets with asymmetric information.” Stiglitz’ contribution to economics was highlighted by the prize committee as showing “that asymmetric information can provide the key to understanding many observed market phenomena, including unemployment and credit rationing.”

In 2000, shortly before receiving his award, Stiglitz himself neatly highlighted the contributions of the economics of information to twentieth century economics: “The recognition that information is imperfect, that obtaining information can be costly, that there are important asymmetries of information, and that the extent of information asymmetries is affected by actions of firms and individuals, has had profound implications for the wisdom inherited from the past, and has provided explanations of economic and social phenomena that otherwise would be hard to understand.”

As Stiglitz stressed in his Nobel lecture, problems of information are central to understanding not only market economics but also political economy. Stiglitz’ own work has very much shaped information economics and how we think about economics today.

That people take decisions under imperfect information most of the time will sound fairly obvious to the average person on the street, yet many economic models would assume that everybody has perfect information – one of the conditions of perfect competition. By including information frictions and asymmetries, Stiglitz showed that market outcomes would often diverge from what perfect markets would suggest.

“Stiglitz likes to quip: the “invisible hand … is invisible, at least in part, because it is not there.”

It was the incongruity between the models that he was taught in his economics classes and the reality that he had seen when growing up in his hometown of Gary, Indiana – a crumbling steel town riddled with poverty and unemployment – that motivated Stiglitz to embark on this research agenda.

In his seminal work on labour markets in the 1970s and 1980s, Stiglitz showed how labour turnover led to rigid wages and unemployment. With Carl Shapiro, he wrote the “definitive work on endogenous unemployment”, as put by Kaushik Basu, one of Stiglitz’s successors as World Bank chief economist. He also applied imperfect information to insurance and financial markets. With Michael Rothschild, he explained how asymmetric information led insurance companies to offer incentives to policyholders to disclose information so they could divide them into different risk classes. With Andrew Weiss he wrote a highly influential paper on credit rationing in markets with imperfect information, showing that banks curtail the supply of additional credit to borrowers who demand credit, even if the latter agree to pay higher interest rates.

In essence, his research laid out how market imperfections, or market failure, fail to bring about equilibrium in the market.

The insights from Stiglitz’s theoretical work are highly important for the design of economic policies, which ought to take such market imperfections into account. Stiglitz refuted the notion that free markets – guided by Adam Smith’s invisible hand – led to efficient outcomes, and that societies could, more or less, rely on markets without government intervention.

Indeed, as Stiglitz likes to quip: the “invisible hand … is invisible, at least in part, because it is not there.” Therefore, Stiglitz has called for a visible hand.

Although some have claimed that Stiglitz’s theoretical work – for which he received the Nobel Prize – only had a tangential relationship to his work on development and policymaking, the opposite is actually the case. While relevant everywhere, Stiglitz’s theoretical insights are particularly important for developing economies, where imperfect markets and weak public institutions are the norm rather than the exception. It should thus not be surprising that economic policies in developing economies that have been designed on the rules that industrialised countries follow, have mostly failed.

Stiglitz exemplifies the exchange between academia and public service at its best. Besides his distinguished academic career with stations at the Massachusetts Institute of Technology, Princeton, Yale, Oxford, Stanford and Columbia, he also served on and chaired the US President’s Council of Economic Advisers under President Bill Clinton and spent two years as chief economist at the World Bank from 1997-1999.

His time at the World Bank turned out to be a turbulent one, both for the world economy but also for Stiglitz. He heavily criticised the International Monetary Fund’s prescription of fiscal austerity and high interest rates in response to the Asian crisis – which in his view worsened the crisis. He was condemned for that view at the time by much of the economic establishment, but it is now widely accepted.

He also took issue with the policies of his own institution, the World Bank. In 1998, Stiglitz delivered a lecture, More Instruments and Broader Goals: Moving Toward the Post-Washington Consensus, with which he launched an “intellectual campaign against the prevailing orthodoxy”. After two years, he was pushed out of his post at the World Bank, allegedly at the behest of the US Treasury.

Upon his return to academia, now at Columbia University, Stiglitz founded the Initiative for Policy Dialogue (IPD) to stimulate a heterodox policy dialogue on major issues in international development. IPD describes its goals as “to broaden dialogue and explore trade-offs in development policy by bringing the best ideas in development to policymakers facing globalisation’s complex challenges and opportunities [and] striving to contribute to a more equitably governed world by democratising the production and use of knowledge.” Together with thought leaders such as Stephany Griffith-Jones and José Antonio Ocampo, Stiglitz and IPD have put forward many progressive ideas that may have appeared idealistic at the time they were first raised, but that are much more mainstream now.

“In many ways, Stiglitz anticipated the troubles that financial globalisation would cause for the world economy a few years later.”

The 2002 book Globalisation and Its Discontentswas Stiglitz’s condemnation of the Washington consensus and unconstrained globalisation. It was published at a time when a majority of economists would still cheer unfettered globalisation in international trade and finance and downplay any adverse effects globalisation may have on inequality. At the time, The Guardian described Stiglitz as the “intellectual poster boy of anti-globalisation protesters”. In many ways, Stiglitz anticipated the troubles that financial globalisation would cause for the world economy a few years later.

When the 2008 crisis broke out, Stiglitz was asked by the President of the United Nations General Assembly to chair a Commission of Experts on Reforms of the International Monetary and Financial System “to review the workings of the global financial system, including major bodies such as the World Bank and the IMF, and to suggest steps … to secure a more sustainable and just global economic order”. The report put forward a “bold agenda for policy change”, including a reform of the global reserve system. Unfortunately, the recommendations did not receive the attention they deserved.

Around the same time, Stiglitz was requested by Nicholas Sarkozy, the French President, to chair a Commission on the Measurement of Economic Performance and Social Progress, along with fellow Nobel prize winner Amartya Sen and French economist Jean-Paul Fitoussi. The report eloquently showed why gross domestic product is a “deeply flawed indicator of economic performance and social progress” and put forward suggestions on how to develop better indicators of societal well-being.

Regrettably, the report did not lead to any meaningful policy uptake, but as with many topics Stiglitz has worked on, he has shown great persistence in pushing this further. At the time of writing, Stiglitz has two new books on measuring well-being in the pipeline. Given the impending climate and environmental crisis humanity is facing – which Stiglitz called “our Third World War”– younger generations seem to be getting more serious about rethinking how we run our economies. They can learn a lot from Stiglitz.

Ulrich is Founding Director of the SOAS Centre for Sustainable Finance and Reader in Economics at SOAS University of London; Senior Research Fellow at the German Development Institute; and Honorary … 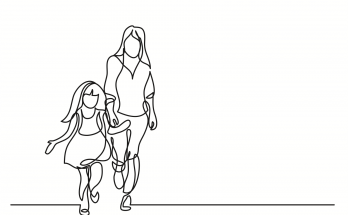 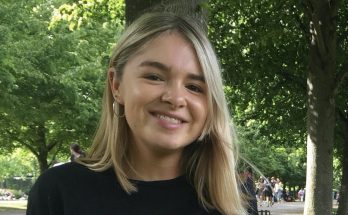 The Mint is listening to… Sophie Adamson 21, Third Year Economics and Philosophy