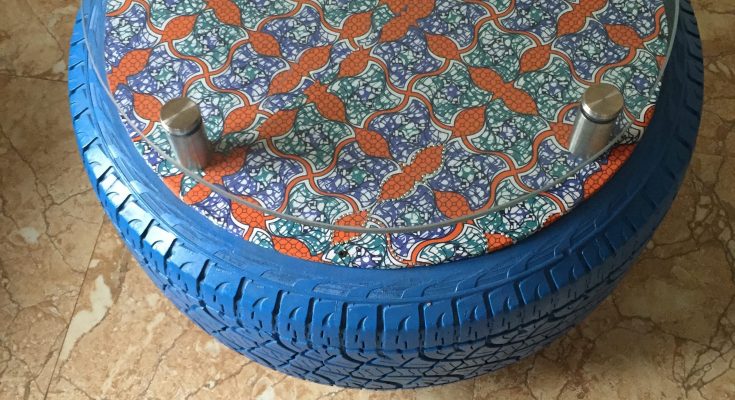 While growing up in a small suburban community in Lagos state, I was accustomed to hearing people with carts and sacks calling out to households willing to sell used or unwanted wares. Sometimes clanging iron scrap, they would shout: “Onigo de o” (bottle buyers are here) or “Awan ra ke o” (we buy plastics).

Nearby, there were several pop-up shops where artisans restored damaged products and small retail outlets sold second-hand items. Waste pickers were a common sight as they scavenged bins and Lagos’s growing number of landfill sites for anything useful. They had an organised network from which they traded recyclable waste materials to make a living. There were also “cart-pushers” who collected waste from houses for a fee and earned money by selling part of the same trash.

“Their entrepreneurial prowess has, however, failed to get them into the government’s good books.”

These businesses have been going on for decades and are said to be contributing immensely to local economic development. Locals popularly know these waste entrepreneurs as Bola Bola, Mai Bola or Baban Bola and sell their recyclable waste to them. Such economic activities are perceived and colloquially described as part of Lagos’s “hustle”. Their entrepreneurial prowess has, however, failed to get them into the government’s good books, regardless of their green contributions.

So they have not been welcomed into the “circular economy” arising globally from recycling and reuse of what was once waste.

Cart-pushers and scavengers have been banned over unhealthy practices. Some households either object to their buying and selling rates or mistrust them. This has led to most middle- and upper-class families preferring to deal only with formal, state-recognised organisations.

Furthermore, scenes on social media of children picking waste out of landfill sites undermine the city’s bid to become a 21stcentury economy.

But nowadays, things are changing. Lagos has witnessed a surge in formal social enterprises promoting recycling practices. Global research has it that the circular economy market could unlock up to $4.5 trillion of economic output by 2030.  And formal organisations are leveraging the possibilities associated with the city’s waste. Aside such economic gains, they have also designed their business models to respond to the rising climate change concern and sustainable development movement.

At the heart of their business model is selling — they do this either by accumulating recyclable waste, which they then trade in volume, or transform those recyclables into new products for sale. This fulfils their commercial as well as their environmental objectives as they render streets clean. After sorting out the recyclables, waste is mostly handed over to state-designated truckers.

“Scenes on social media of children picking waste out of landfill sites undermine the city’s bid to become a 21st century economy. ”

On the social front, these organisations operate closely with communities by hiring locals, especially women and youths. Women are starting their own ventures by selling products they transform or upcycle themselves and children are learning about the impact of the piling waste on their future. Some people now earn extra income by collecting waste found freely in their areas.

What makes this business model different from the ‘Bola Bola’ approach?

Looking simply at their buying and selling of recyclables, they look like a repackaging of old practices. But a further probe into their activities shows how the new model is involving people from across the social spectrum in recycling activities.

As well as being largely unpopular among the middle classes, the old informal waste hustlers are hardly ever engaged by corporates, the government wants to get rid of them and there is no record of their work with international organisations of any kind. But the new entrepreneurs are forging business relationships and more people and sectors are now getting involved.

They have made it “cool” to sort and recycle waste.

People from all social classes are picking up waste to trade with these enterprises. Unlike under the cart-pusher model, payments are usually not made on the spot during such exchanges but there is trust among their subscribers.

“What makes the new waste businesses innovative is mostly in the type of relationships they are forging.”

The government now licenses and joins the new waste entrepreneurs on clean-up campaigns while corporate organisations support them as part of their corporate social responsibility measures. Manufacturers too patronise them for raw materials. Even the informal waste-pickers sell their trash to these enterprises. They are attracting international attention as global organisations are lending support in the form of funding and training.

However, these enterprises also face unique challenges. Reports state that the Nigerian business climate in general is harsh and unwelcoming for small enterprises. Unlike in the West, social enterprises do not enjoy any tax relief, dedicated legal form or funding opportunities. Although there is a form of partnership with state agencies, government support is still lacking.

Also, they confront sustainability challenges as monetary incentivisation combined with taxes, facility maintenance costs and workers’ wages, especially for materials with really low profit margins, is turning out to be daunting.

Lastly, if you know Lagos, you will know about its “traffic gridlock”. Tricycles and trucks used to pick up sorted recyclables from door-to-door have proven to be unsustainable for these enterprises. The accumulated waste also, usually bulky, has to be transported to the final buyer. And, a journey on Lagos roads, which are almost always snarled-up, isn’t a great one.

The key message is simple: relationships matter. What makes the new waste businesses innovative is mostly in the type of relationships they are forging. To achieve a circular economy, similar efforts are needed across sectors or societal categories: formal or informal, government or households. And there has to be a drive from people or groups willing to facilitate a circular economy.

■ This article draws on Adeyemi Adelekan’s research for the Centre for Understanding Sustainable Prosperity.

Adeyemi carries out research activities both at the Centre for Enterprise and Economic Development Research (CEEDR), Middlesex University London and the Centre for the Understanding of Sustainable Prosperity (CUSP). Prior …