In the final days before the General Election, art provocateur Banksy has unveiled a brand new work that highlights the issue of homelessness.

The graffiti appeared in Birmingham’s Jewellery Quarter and was confirmed as genuine through Banksy’s official Instagram account.

The posted video shows a man, named as ‘Ryan’ settling down to sleep on a bench beside a busy road. He completes a tableau with a pair of reindeers painted on the wall behind him, to become an image of a homeless Santa.

“God bless Birmingham,” he wrote. “In the 20 minutes we filmed Ryan on this bench passers-by gave him a hot drink, two chocolate bars and a lighter – without him ever asking for anything.” 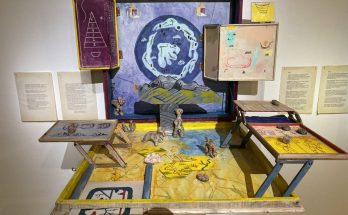 How artists are exploring radical economies