Peter Manley describes the horrors of walking dead companies and the dangers in killing them off.

The Coronavirus pandemic has put much of the world’s economy on financial life support, but prior to the pandemic many companies were hardly alive in the first place. How will governments and lenders/investors decide which are viable businesses, capable of a full recovery and which firms have no long-term sustainable viability? Who will actually decide which firms merit saving and on what basis will those decisions be made?

About 100 million new businesses are set up each year around the world and apparently 90% of them ultimately fail, that equates to more than 123,000 closing down every day. Not just a statistic, that death rate causes disruption and hardship to people’s lives and livelihoods, especially when large firms go under, they often have a significant knock-on effect to their suppliers and to their local economy.

In the post-Coronavirus world, governments will be called on to support the economy through both changes in legislation and with direct financial support. While financial support can ensure that viable businesses do not disappear, it can also keep unsustainable, so-called ‘Zombie’ companies, trading long after the economic life-force has gone. The term Zombie company was first used in a 2006 research paper about the 90s’ Japanese banking crisis. So why is this relevant to the Coronavirus pandemic? Let’s have a brief induction to Zombies before we get into the scary stuff.

“Zombie company is any business that, over an extended period, can’t pay its debt-servicing costs from its current profits.”

Firstly for those who don’t know, a Zombie company is any business that, over an extended period, can’t pay its debt-servicing costs from its current profits. The Zombie company is one that is unable to stand on its own feet (neither dead nor alive). The Zombie company requires either a series of bailouts, or is kept afloat by a combination of lenient creditors and low interest rates.

Zombie companies are typically unable to grow or recover from their financial predicament, but limp along continuing to trade. Often creditors are reluctant to pull the plug on the Zombie’s credit life-line as this would crystallise losses on their own balance sheet. An alliance of Zombie company stakeholders (creditors, management and shareholders) optimistically continue to trade in the belief that better times are just around the corner.

Zombies are a bi-product of a prolonged period of record low interest rates, a financial environment in which investors seek out debt products that offer higher returns, which as expected come at higher risk. According to the Bank for International Settlements, Zombies now account for more than 10% of all the publicly traded companies in Europe and 16%in the USA.

Following the 2008 financial crisis, monetary policies of the Federal Reserve, and central banks around the world, were implemented to stimulate economic growth and to generate recovery. Lower rates boost aggregate demand and raise employment and investment in the short term, but with the side effect of increasing the number of Zombies. The policies did little for the man/woman on the street. Instead the easy money was devoured by the financial economy providing easy credit for unprofitable Zombies, and was used to pay back existing debt, make interest payments, pay dividends, or to buy their own shares.

Just like in the lead-up to the sub-prime crisis, as the economic expansion continued, greedy lenders became increasingly lax, extending cheap loans to companies with dubious finances. Today the global debt burden is again at an all-time high, with many Zombies still trading but unable to service their loans. Such companies will have little or no contingency in place to deal with the economic impact of the pandemic.

From an economics perspective Zombies are less productive and are also an inefficient use of capital – they consume money that would otherwise be invested in other more productive firms. But it is worse than that because these Zombies exist in a financial ecosystem where companies have a myriad of interconnections and dependencies with other companies. No Zombie dies in isolation without impacting its suppliers and customers. The Zombies represent jobs, not only people’s livelihoods, but also pensions, mortgages, holidays, taxes, utility bills, car payments and so on.

“No Zombie dies in isolation without impacting its suppliers and customers.”

The possible economic knock-on effects of a post-Coronavirus Zombie apocalypse could be devastating and far reaching. It could trigger the next financial crisis as Zombies kick start a chain of defaults just as sub-prime mortgages did in 2008. The longer the Coronavirus impacts on the economy, the more likely it is that Zombies will begin to die, adding downward pressure to already depressed financial markets and increasing the wider Coronavirus financial contagion.

In April the International Monetary Fund recommended the following: “Policymakers should act decisively to contain the economic fallout of the Covid-19 outbreak and support the flow of credit to firms. Once the crisis is over, they should assess the sources of market dislocations and tackle the vulnerabilities in risky credit markets that have been unmasked by this episode”.

This advice sounds somewhat contradictory. It is saying: keep pumping money into Zombie life-support during the crisis and stop giving money to risky firms when the crisis is over. Seems like central banks are between a rock and a hard place, left with no choice but to continue to extend cheap credit to keep the Zombies from going under.

And what about the companies that are only viable because they effectively receive a carbon subsidy – they don’t pay the real costs of the environmental impacts they cause. If we take this into account, who knows how many more carbon Zombies there are. Any green recovery post pandemic is also likely to have to deal with a pandemic of Zombie companies of both the normal and carbon type whose deaths might be very unpleasant for many.

“And what about the companies that are only viable because they effectively receive a carbon subsidy?”

Conceivably Zombie Companies could be with us for the foreseeable future. Economic circumstances may even contrive to create an environment where Zombie numbers increase well beyond current levels. In that event, a lock-in at The Winchester seems as good an approach as any.

Peter is a Business Process and Data Analyst / musician currently living and working in Ireland. Peter worked for many years in ‘The City’ specialising as a Quant (quantitative Research analyst), working … 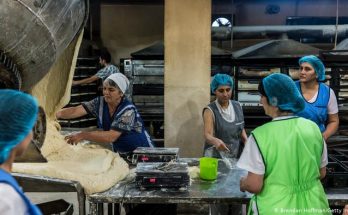 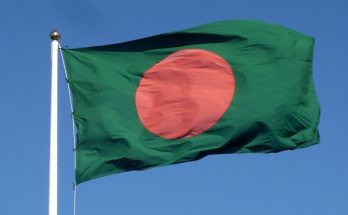 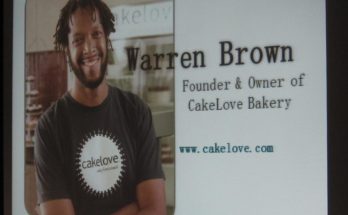 Over half Europe’s small firms fear for survival, survey finds