The UK government’s post Brexit aspiration for the City to challenge Singapore’s growth in offshore finance is flawed and ill-matched to growing global hostility to tax havens. John Christensen explains.

For decades, the City of London’s offshore financial centre has been at the heart of Britain’s economic development strategy, spawning a Spider’s Web of offshore secrecy jurisdictions that serve as conduits for hot  money flows from around the world. In March 2017 the Prime Minister and her Chancellor signalled that making London the “Singapore-on-the-Thames” is embedded in their post-Brexit thinking.  However, global moves to counter tax havenry, and the long-term impacts of Britain’s Finance Curse, make this plan, questionable.

Since the begining of the 1980s, successive British governments have placed ‘light-touch’ regulation and corporate tax cuts at the core of their economic development strategies. So-called ‘competitiveness’ on tax and regulation is seen as key to attracting mobile foreign direct investment to Britain, with particular focus on securing London’s status as the globally pre-eminent offshore financial centre. The assumption underpinning Prime Minister May’s proposed post-Brexit plan of enlarging London’s tax haven role offshore from the European Single Market, is that further cuts to the corporate income tax rate, and more tax reliefs alongside even greater regulatory and compliance laxity, will be sufficient to match Singapore’s success as the fastest growing offshore finance centre in Far East Asia.  The key question here is whether such a strategy is viable, especially within a fast evolving international ecosystem of rules and regulations that previously allowed Britain’s offshore secrecy jurisdictions to flourish.

Poliical parties of all colours have, for more than thirty five years, taken it as self-evident that expanding London’s offshore financial centre would benefit the rest of the UK economy.  Former London Mayor, Boris Johnson, said in 2012, “a pound spent in Croydon is of far more value to the country than a pound spent in Strathclyde. You will generate jobs and growth in Strathclyde far more effectively if you invest in Hackney or Croydon or other part of London.”  This London-centric development strategy was reinforced by government responses to the 2008 great financial crisis, which largely focussed on rebuilding the balance sheets of the larger banks, while massively reducing funding to public services and infrastructure investment in most regions apart from south-east England.

There is growing evidence that beyond a certain size, financial sector growth does not deliver benefits to the host country and renders it vulnerable to the Finance Curse. And there is overwhelming evidence that cutting corporate income tax rates  and deregulating financial services is counter-productive. Despite this evidence, the government has threatened to go further and faster in its efforts to expand the UK’s financial sector and reining in regulation and corporate tax, if it is unable to secure favourable post-Brexit trading terms with the European Union (EU).

The use of corporate tax cuts has failed as a means of attracting inward foreign direct investment flows (see chart). The UK corporate income tax rate was cut from 30% to 21% between 2006 and 2014 (and has since been cut further to 17%), but inward investment flows fell significantly and have largely involved investment in real estate and mergers and acquisitions.

Furthermore, and contrary to Laffer Curve theory, corporate tax yields have continued their long-term decline, notwithstanding the fact that private sector companies have expanded their role in the overall economy and returns to capital have increased as wage rates have remained largely static.  The evidence suggests that cutting tax rates does not achieve the claimed benefits and, worse, engaging in a race-to-the-bottom with other corporate tax haven economies like Ireland, Luxembourg and the Netherlands, will merely lead to even lower tax yields with no measurable gain (as the Patent Box fiasco demonstrated).

The changing global architecture is reducing the scope for tax havens to provide an enabling environment for tax avoidance and evasion.  Transparency measures introduced since the 2007/8 financial crisis include the global country-by-country reporting standard, the Common Reporting Standard for automatic tax information exchange, and increased civil society pressure for fully transparent public registries of company ownership information.  These measures will transform financial market transparency, edging out the offshore secrecy provided by places like the British Virgin Islands, which featured so heavily in the Panama Papers scandal.

“There is growing evidence that beyond a certain size, financial sector growth does not deliver benefits to the host country.”

The failure of the OECD’s repair of the previous tax regime for multinational companies, has triggered a long-term international trend. The move is away from the arm’s length method to determine corporate profits allocation between different jurisdictions in favour of a profits split approach, which more clearly aligns taxing rights with genuine economic substance. This will inevitably reduce the potential for profits shifting to tax havens, including London, undermining the viability of a tax haven-based, development strategy.

Looking to the medium and longer term, the Singapore-on-the-Thames development strategy is likely to face strong head winds from a combination of heavy competition – not least from Singapore itself, which has geographic advantage in the fast-growing south east Asian financial markets – and from EU efforts to resist tax haven activity.  Brexit confronts the City of London and its offshore satellites in the British Overseas Territories (BOTs) with the political challenge of trying to resist EU pressures for improved cooperation and enhanced transparency, while no longer being able to act as the principal blocker at the European Commission.

For the BOTs, which have acted for decades as the secretive conduits of dirty money flows into London, the UK’s withdrawal from the negotiating table in Brussels threatens major disruption.  We can reasonably anticipate that major concessions, for example on transparency of trusts and public disclosure of company ownership information, will be a bargaining chip in return for financial passporting rights for banks and law firms seeking to sell cross-border services into the Single Market.  The financial services and gambling/gaming industries in Gibraltar are already experiencing downturns as a result of uncertainty over passporting rights to the Single Market and Spanish worker access to jobs on the territory.

“Given the level of uncertainty surrounding the nature of the trading arrangements that will eventually emerge from forthcoming negotiations between Britain and the EU, many City businesses are likely to default to the less risky option of relocating key operations to commercial establishments within the Single Market.”

The City of London faces an additional political hurdle arising from widespread perceptions around the world that the contagious effects of light-touch regulation have spawned a culture of financial rent-seeking (I prefer the term “wealth extraction”), combined with money-laundering on an industrial scale.  For prudential reasons, EU27 politicians and negotiators are likely to require that a considerable range of services currently provided on a cross-border basis out of London, will need to relocate to commercial establishments operating within the Single Market. Needless to say, commercial establishments located in Amsterdam, Frankfurt, Luxembourg or Paris will come under the regulatory regimes of their host countries.

Most City banks and law firms are currently evaluating which of their services can remain in London and which services will require commercial establishment in a financial centre within the Single Market. Given the level of uncertainty surrounding the nature of the trading arrangements that will eventually emerge from forthcoming negotiations between Britain and the EU, many City businesses are likely to default to the less risky option of relocating key operations to commercial establishments within the Single Market.

In conclusion, the rhetoric of Singapore-on-the-Thames does not match up to the reality of the likely post-Brexit financial services market.  Britain will no longer have a role as a rule-maker in Brussels, but London-based banks and law firms wanting to sell services into the Single Market will need either to relocate some (maybe all) activities to commercial establishments operating within the Single Market, or will need to secure passporting rights that comply with regulations set by EU27 member states, who are likely to take strong positions on exercising their rights to prudentialism.  BOTs like the Channel Islands will no longer be protected by Britain’s presence in Brussels and may well face existential threats to the offshore secrecy that underpins their role as offshore financial centres adjacent to Europe. To further complicate matters, having long since succumbed to the Finance Curse, the British economy is trapped by a legacy of underinvestment in research, infrastructure, training and industrial diversification. Overcoming this legacy will require a sustained effort to reduce Britain’s dependence on an over-sized financial sector that has dominated political priorities for decades.

Trained as a forensic auditor and economist, John has worked in many countries around the world, including a period of working in offshore financial services with Touche Ross & Co. … 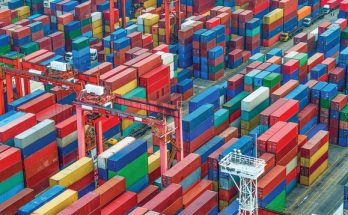 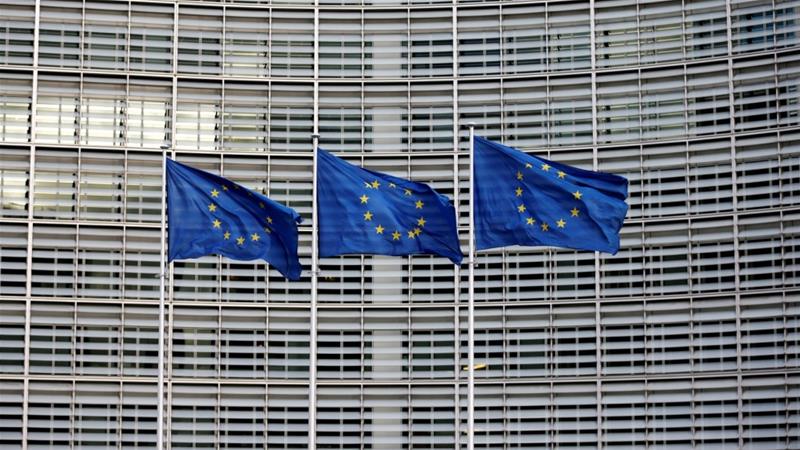