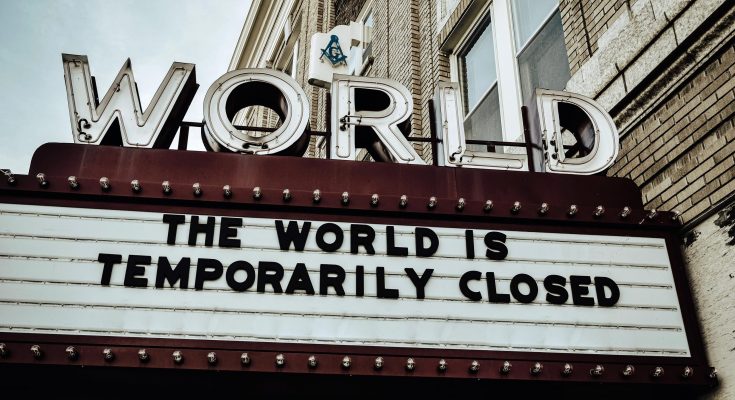 During the Cold War, there was a genre of disaster fiction along the lines of “life after a nuclear holocaust.” There was a real risk that a trigger-happy world leader would extinguish all life, and even blow up the entire planet. But what people really feared was not annihilation, but survival. When they emerged from their bunkers, what would the world be like? How would they live, when the earth was full of twisted, unrecognisable creatures and nothing was safe anymore?

Fortunately, we never found out. The closest we got to a nuclear holocaust was the Cuban missile crisis of 1962. The anti-war protestors of the 1960s and 70s have now given way to anti-climate change protestors. But they are still essentially protesting about the same thing – the propensity of humans to transform the planet on which they live into something that can no longer sustain them.

The excessive growth of the human species is affecting the climate and threatening the existence of life as we know it. And we are systematically wiping out other species. Indeed we have been doing so for fifty thousand years. We are causing a mass extinction.

Mass extinctions have happened many times before, usually associated with climate change. Every time, they cut the dominant species down to size. Dinosaurs are still with us, but the giants of the past are gone. There are still lobed fish, but they no longer dominate the oceans. If the current mass extinction runs true to form, then humans may survive, but there will be far fewer of us. Cold War disaster fiction could be accurate after all. We are facing human destruction on the scale of a nuclear holocaust.

“We are causing a mass extinction.”

The pandemic was an early warning of what is to come. A virus crossed the species barrier: we don’t know how this happened, or from which species the virus came, but it is undoubtedly human invasion of the wild spaces of nature that makes events like this not only possible, but increasingly likely. This will not be the last pandemic. Nor will it be the worst. Covid-19 is a relatively benign virus: it kills the old and sick, and also a random selection of healthy young people for reasons we don’t yet understand, but for most people it is a relatively mild illness. The next pandemic could be something much nastier.

It is vital that we learn the right lessons from this one. Not just how to manage a pandemic – though that is important – but crucially, how to modify our behaviour so as to reduce the risk that our extreme invasiveness poses both to nature and to ourselves.

“At present there isn’t much sign of learning, at least in official circles.”

Sadly, there hasn’t been much sign of learning, at least in official circles. Once the lockdown had been lifted, governments – terrified by the enormous cost of bunker life – tried to entice us out of our bunkers. The pandemic was far from over, but getting back to  “normal” nevertheless became the objective with government ministers crying, “Return to work. Reopen schools. Go to restaurants.” Their cry was echoed by people who fear the wholesale destruction of their traditional way of life. “Open the pubs,” cried my brother, desperate for a drink with friends. Others called for garden centres, swimming pools, gyms and beauty salons to open. There was a campaign for people to go back into offices to save city centre sandwich shops. Bizarrely, there were also calls for people to go back into offices to save West End shows. I would venture to suggest that the calamity that has hit the entertainment industry has much more to do with absence of tourists than people working from home.

Despite these desperate calls for people to come back, city centres have remained ghost towns. The old normal seems reluctant to return. Many people are still afraid to leave their homes.  And the pandemic has rapidly accelerated the existing trend towards online shopping, to the detriment of high streets and retail parks. Perhaps even more importantly, workers and employers have discovered that working from home can be both more productive and considerably cheaper than commuting to a city centre office every day. The “new normal” of white-collar work seems likely to be based at home but visiting the office now and then.

But there’s something deeper going on, too. We’ve caught a glimpse of what a world with less human activity might be like – and if we are honest, we rather like it.

Under lockdown, the air was clear. People in northern India were amazed to see the Himalayas for the first time in decades. If you looked up at the skies, there were only clouds, not chemtrails.

Under lockdown, human noise ceased. A great silence descended on the planet. Even the Earth itself was quieter.  For the creatures with whom we share this planet, and for scientists studying them, it was a welcome relief.

Sadly, it was only a glimpse of what could be. The great silence hasn’t made any significant difference to climate change, and mass extinction is proceeding just as fast as before. But it was perhaps enough to make us think. If “normal” is so noisy, and so polluted, do we really want to “get back to normal”?

After the financial crisis of 2008, there was much talk of a new paradigm in economics. Instead of glorifying the production of stuff, at who knows what cost to the natural world, we would shift to a caring economy in which people were valued above money. But those whose vested interests lay in preserving the existing paradigm had other ideas. Desperate to “get back to normal” (by which they actually meant an impossible combination of balanced fiscal budgets, low public debt and high interest rates), they persuaded people that fixing the public finances was the top priority. As the world turned to austerity, reimagining economics became the province of the weird fringe. Now, we are paying the price for that folly. Systematically underfunded healthcare and social services proved wholly incapable of handling the increased demands caused by the pandemic. Perhaps even more importantly, we are losing the battle against climate change.

“Getting back to normal” is a destructive mantra. The awful austerity of the post-financial crisis era is far from the only example in British history. The government of the 1920s caused untold misery by trying to get back onto the gold standard at the pre-WW1 parity. The post-war British government, desperately trying to maintain Britain’s global dominance despite its empire unravelling, squandered its share of the Marshall Plan aid from the United States on building up gold reserves. Again and again, the desire to restore a lost past has driven us to make terrible decisions about the future.

Now, as the second wave approaches, talk of “getting back to normal” is giving way once more to instructions to “stay at home”. But make no mistake, this is only temporary. Once the second wave passes – and it will, just like the first – there will be even louder and more desperate cries of “let’s get back to normal”, accompanied by “how will we pay for this?” We will be in serious danger of making the same mistake as we did in 2010.  This time, the price of such folly would be unimaginably high.

“Again and again, the desire to restore a lost past has driven us to make terrible decisions about the future.”

There is no such thing as “back to normal”. Normal is whatever happens next, not what happened in the past. And what happens next is at least partly under our control. We are, after all, the dominant species on this planet. How we behave determines how – or if – everything else lives.

So let’s choose differently this time. Instead of doing dangerous and damaging things to get back to some impossible concept of normal, let’s remember the glimpse of a better future that the pandemic gave us, and work to create a new normal based around welfare of people and respect for life on earth.