Economic decisions are made without the full understanding of the people they affect most. Katy Wiese spells out the issues.

For many, economics is technical, jargon-laden, yet abstract, making it intimidating and inaccessible. But its impacts are real: rising inflation due to, amongst others, supply chain shortages in the aftermath of the coronavirus and Russia’s invasion of Ukraine is eating into pockets of families across the globe and it’s hitting all areas of daily life. In Europe, we have to spend on average 8.1% more money on food (in Bulgaria this figure is 19%). For poor families, this can be life-threatening.

So while economic decisions have a massive impact on our lives, they are taken by a minority who understand its principles and are little understood by the majority they affect. In a book by economists Joe Earle, Cahal Moran and Zach Ward-Perkins Econocracy published in 2017, the authors criticise the dominance of economic expertise – mostly orthodox economic expertise – in determining economic decisions and how these decisions have been removed from the wider public eye and validation.

To make things worse, were you to study to become an economist, you would most probably only be taught about mainstream classical economic theories and models.

The people who are most negatively impacted by economic decisions are often those who have the fewest resources and means to influence it.

In current economics courses the only excursion outside orthodox theory, is the fact that businesses’ focus should be on stakeholders rather than exclusively on shareholders. Outside the lecture theatre, in everyday life, the people who are most negatively impacted by economic decisions are often those who have the fewest resources and means to influence it.

Clearly we need to rethink:

And these changes are central to the campaign – in which I am involved – as a staff member of an umbrella environmental organisation based in Brussels.

A pivotal part of our work is to push for drastic reform of the EU fiscal rules and also to create awareness of why they matter for climate action. The cornerstone of this work is a proposed set of rules limiting EU member states’ debt and deficits (see box A ruling class).

The EU fiscal framework is a set of rules to constrain the fiscal policies of EU Member States to reduce economic crisis contagion risks. The main rules are:

These rules are enshrined in the Stability and Growth Pact which is a political agreement between the Member States. Failure to abide by these rules can be sanctioned with fines up to a maximum of 0.5% of GDP. Furthermore, the European Commission and the Council of Minister’s issue annual recommendations on policy measures and surveillance to Member States to keep each one compliant with budget regulations.

Most importantly, the EU rules are completely blind to social and environmental concerns and unfit to tackle the climate and environmental crisis. That means that they don’t look into/consider how an investment contributes to achieving environmental and/or social goals – and the quality of investments which will be key for a green and safer future. And to add to this, the rules are even unable to respond to economic crises (which was their original purpose).

We saw this in 2008: the rules limited the member state’s ability to recover from the financial crisis. Austerity measures, imposed in a bid to curb investments in crisis – led to high unemployment rates all over the EU, but especially in Southern Europe. Austerity measures also contributed to the underfunding of the health sector that became necessary to maintain and build a public health infrastructure fit to deal with the outbreak of Covid-19.

Meanwhile the whole framework is completely inaccessible to non-experts due to its complexity. For instance: the framework consists of over ten different rules and regulations that changed over time and there is a handbook of over 100 pages to explain the rules. So the first challenge is to actually understand the framework and its associated legislations.

Plus, there are persistent beliefs about the rules, that require some serious myth-busting. For example, there is the notion that high public debt levels are an unfair burden for future generations. Conservatives in Germany have been very successful in selling this mindset to the general public. But it is just wrong. Climate inaction will weigh way more on future generations and investment in that the environment is needed urgently (we have an annual green investment gap of €520 bn). Together with other partners, we are organising capacity webinars to our members and wider Civil Society Organisations (CSO) to explain from scratch what fiscal policy is about and how it relates to environmental action.

Once you understand the current framework, the next challenge is how to engage in the reform debate.

The European Commission has acknowledged the problems with the current rules and opened a review process last year in October. Technically every citizen is able to  respond to questions about how the whole framework could be improved. But, as with the framework itself, the questions are very technical, making it almost impossible to submit something as a non-expert (see box Questionable questions).

Taking part in a review of fiscal policy is easy – if you are equipped to answer the following examples of questions you might be asked.

We have translated all these questions into language that a non-expert can understand and have organised webinars to support our members and other CSO partners to respond to the questions. It’s important to take part in these processes to influence the much-needed review of EU fiscal policy.

That being said, bringing about meaningful systematic change to the current economic paradigm requires strong collective action. Too often policy decisions are made behind closed doors but our organisation – as part of a wider coalition, Fiscal Matters, is seeking to give the voice of CSO a real presence in the discussion. 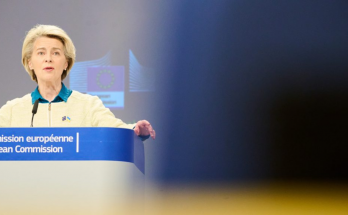 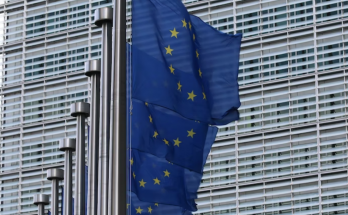