With a revolutionary treatise to write, our good Professor Bastion struggles to warm to green heat.

It is chaos here.  It all started when our heating system failed. Now we seem to have become the centre of climate change protest.

In our hardly-extensive garden, we have some great-big metal boxes with huge fans. Not exactly beautiful, but it turns out they are air-source heat pumps and they heat our apartment complex.  They are meant to be environmentally sound but that is not much good if they are utterly operationally unsound. According to Thomas they are “effectively refrigerators working in reverse.” Well it seems to me they are just effectively refrigerators.

The first sign of disaster was when I was trying to have a long, relaxing bath last week. I needed some peace to gather my thoughts for the last chapter of my book which is set to revolutionise economics.  I ran and ran the tap, but the water remained stubbornly cold.  Thomas, my husband, then informed me of our misfortune.

Our aged community is not exactly resilient to deal with this after 18 months of pandemic stress.  Joan, who was going downhill fast and regularly assaults me now with her washing, has totally lost it.  She is wandering our sanitised corridors, night and day, crying, “It’s all over”.

Robena, our resident hippy, has gone on a hunger strike until her nephew and our local MP, Rupert, does something about it. Rupert is not answering her phone calls. I imagine his Brexit faith is being tried by the gas and petrol crises.

Thomas is involved in numerous, frantic meetings with our retirement complex managers, McDonal and Bone, to no avail.  No-one seems to be willing to take responsibility for the failure of the heat pumps.

I am beginning to see that Crispin would buy shares in Novichok if it made money.

We have now learnt that they are part of a complex sale and lease-back deal to be able to market the carbon offsets resulting from fitting air source heat pumps.  Crispin McDonal, my star pupil and owner of McDonal and Bone, is behind it. He has been developing a whole set of carbon offset products as part of a big strategy to hedge his carbon exposure.

I am beginning to see that Crispin would buy shares in Novichok if it made money. I imagine he is looking at strategies to hedge the end of the world.

Now the climate change protestors, Insulate Britain, have decided to come to our rescue. A group of them somehow got wind of our plight while resting and recuperating nearby after targeting the M25. We represent some of the vulnerable people they want to help with insulation. They cut short their rest and now we have a colourful encampment in front of our building.

The encampment has attracted solidarity from the local WI and the Musicians Union so we are now hosting a vegan bake and a talented accordionist.

The increased police presence has boosted footfall in Mehmet’s kebab shop and Robena has been persuaded to eat vegan flapjacks brought by the young protestors.

We have banners across the building (calling for “real air sauce ” heating and stating that “Big finance f@cked our planet”), protestors glued to the front door and Joan’s continuous wailing.

Kevin, “Dude Duzit”, our local vlogger has also joined the encampment and Thomas says we are a “phenomenon on Tik-Tok”.  Kevin captured some footage of Joan’s wailing ‘it’s all over’ and that has gone viral.

Local entrepreneur, the delightful Prinz turned up with the protestors.  I had a brief listen to his latest drill track (a sick marketing tool, he informed me). Over a cup of tea, he told me how he had identified XR and Insulate Britain as a key new segment for his cannabis business. So good to see that free enterprise is still thriving, even if my final chapter remains stubbornly unwritten and our water is still cold. 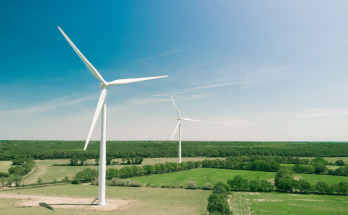