There is renewed concern about the sustainability of rising debt levels in many African countries. Much of this debt is being incurred through foreign currency denominated Eurobonds issued on international financial markets. The total value of Eurobonds issued between 2018 and 2019 was more than the value of all bonds sold between 2003 to 2016.

The International Monetary Fund (IMF) believes that African countries are on a Eurobond issuing spree and half of them are near or at distressed levels. It argues that African governments are piling on debt without evaluating the exchange rate risks and the real costs of repaying the debts.

But the debt alarm being set off by international debt management organisations is exaggerated. The problem is not that African countries are borrowing too much, but rather they are paying too much interest. There are a number of reasons for this, including badly informed ratings by rating agencies, as well as the behaviour of issuers. There are solutions. But these require African governments to stand up and take action. 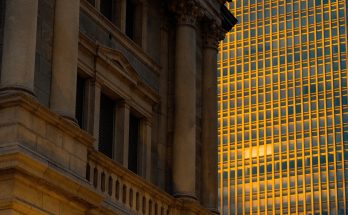 Bank of Japan keeps ultra-low rates despite US Fed tightening