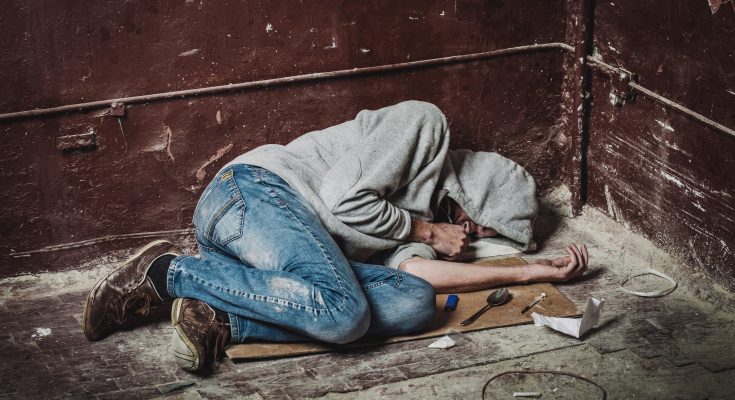 Donald Trump’s ascent to the White House was cleared and paved by an ignored underclass with the support of more recently socially-demoted segments of US society. John Komlos maps the path.

Donald Trump won the election in 2016 arguably because a handful of voters in three Rust Belt states switched their votes from Democratic to Republican. Pennsylvania, Michigan, and Wisconsin have not voted for a Republican president since 1988 and they all backed Barack Obama in 2008 and 2012. A change of a miniscule 39,000 votes from Trump to Clinton in these states would have clinched the victory for her (Table 1).

Economic dislocations played a crucial role in these states to induce their citizens to vote for an anti-establishment candidate. The sources of the dislocation were the development of a dual economy characterised at one end by low and stagnating wages, increasing debt, downward social mobility, declining relative incomes, and the hopelessness accompanying them, while at the other end of the income distribution the economy was booming. The less-skilled segment of the population in these Rust Belt states was devastated by the relentless decline in manufacturing and the fact that their plight was neglected by five administrations. 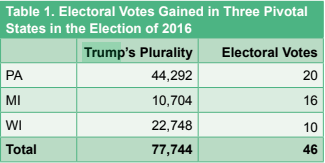 Economic forces that fanned the flames of frustration of those white men who lost all hope in the establishment’s willingness to help them1. So their frustration grew to the boiling point until they were willing to cast their lot for a “narcissistic sexual harasser and a routine liar”2. In normal times he would have been considered a laughing stock or a “carnival barker,”3 even if he often brags that he is a “very stable genius”4. Vengeance also played a role in the sense that the losers of the economic transformation were anxious to get back at the elites who orchestrated economic policy in such a way as to destroy their livelihood.

The election of 2016 was nothing less than revolutionary5, inasmuch as it upended the establishment. As practically all historical revolt of the masses, this, too, was unleashed by the deep discontent that grew out of the socio-economic forces unleashed by the failure of economic policies to provide inclusive growth6. The process, starting with Reaganomics, was fueled by globalisation and the information technology revolution, and finished off with the financial crisis of 2008.

Evidence of discontent abounds. It manifests itself in the abandoned factories, dilapidated homes, and dysfunctional neighborhoods of the Rust Belt. The high mass murder rate is also a function of the inadequate availability of mental health services7. There were 384 mass shooting incidents in 2016. Assassination of police officers or shooting at the Republican baseball practice in DC similarly indicate the amount of venom that has accumulated in people. The opioid epidemic hit the Rust Belt with a vengance. These states experienced a higher overdose death rate than the national average which is already at an all-time high8. Per capita drug use in the US is more than three times as high as in Western Europe9, and drug-related deaths are eight times as high. Other “deaths of despair”, including suicides and chronic liver diseases from excessive alcohol consumption also rose markedly in the US. The upshot is a “shocking increase in midlife mortality” among white Americans especially among those without a college education10.

Income trends mirror these frustrations. In 2016 real median household income in Ohio, Wisconsin, and Michigan were still $5,900, $6,000, and $9,300 below its level at the end of the 20th century. In Pennsylvania alone among these states has median income increased by $122 a year. This 16-year decline in incomes is unprecedented.

The 9.3 million homeowners who lost their home between 2006 and 2014 contributed to the number of those living with anxiety and predisposed to smite the elites. In addition, persistent and endemic poverty indicates that the market economy left millions struggling. In 2017, 45 million people were living in poverty – 15% of the population. This was as high a rate as seen in 1966. Consider, furthermore, that in July 2017, 40% of the population considered themselves struggling financially and another 3% was suffering11. That adds up to no less than 140 million people.

In short, there are myriad symptoms of anguish among the American underclass, the ones Hillary Clinton ungenerously christened a “basket of deplorables”. These vulnerable groups were rife for Trump’s message of Making America Great Again to bring back jobs, and to blame immigrants and Moslems for their ills. Scapegoating is standard practice among strong men. No wonder Trump said,
“I love the poorly educated”.

Ronald Reagan’s policy of trickle-down economics was a watershed in the evolution of the socio-economic problems that led to Trumpism. He claimed that cutting taxes of the deserving super-rich would provide incentives to create jobs through increased investments and would subsequently “trickle down” to the masses so they will benefit from the decreased taxes eventually. But that was all theory, based on too many unwarranted assumptions.

The trickle-down effects of the tax cuts had the viscosity of molasses as next-to-nothing reached the middle- or lower classes. Reagan cut the marginal tax rate for the rich in half. The poor and lower-middle class received crumbs while the rich became superrich.

“The trickle-down effects of the tax cuts had the viscosity of molasses as next-to- nothing reached the middle- or lower classes.”

To be sure, average citizens can be manipulated by learning that their take-home pay will increase, regardless of the amount. Across-the-board tax cuts allegedly benefit everybody. However, for Everyman on Main Street the tax cuts meant absolutely nothing for the improvement of their long-term prospects. On the contrary, it meant that their social services, and access to education, that is to say their quality of life diminished over time. Instark contrast, for millionaires the Reagan tax cuts were a genuine game changer. They brought a humongous windfall of nearly $400,000, which they could use strategically to further their economic and political power (Table 2)12. They could invest much of it into strengthening their political power by lobbying for deregulation and by funding think tanks that hired economists to support their ideology. This was crucial in spreading the free- market ethos that advocated small government, free trade, and deregulation until it became the dominant ideology. Everyman on Main Street was no longer capable of discerning their own self-interest and came to support that of the super rich. By the 1990s the free-market ideology became so deeply ingrained in the social fabric that Democrat Bill Clinton’s economic policies began to resemble those of the moderate wing of the Republican Party.

The supposed incentives of the tax cuts failed to materialise. GDP did not grow exceptionally: at 2.2% per person a year average in the 1980s, it was just equal to that of the 1970s13. However, there were numerous negative developments: under Clinton’s watch, manufacturing employment began to decline, deregulation of the financial sector began, wages of the less educated fell, the share of labour income in GDP declined, a negative balance of payments became endemic, the Gini coefficient (an index of inequality, usually in income) began to rise, the share of the top decile of the income distribution rose, the middle classes’ share of income fell (and that includes even the upper-middle class), and at the end of his term underemployment was still 9.3%. This litany of adverse developments would pose problems in the decades ahead. Another crucial legacy of the Reagan–Bush Sr. presidencies is that the national debt doubled relative to GDP to 60%. That, in turn, set in motion a process through which America became addicted to deficit spending with no end in sight.

Clinton and the tsunami of hyper-globalisation

Globalisation was said to be good for America, but no one ever said that it would be good for everyone in America. Bill Clinton signed into law the North Atlantic Free Trade Association (NAFTA) in 1994 that exacebated the plight of the uneducated; their jobs were exported. Then, in 2000, China entered the World Trade Organization giving it easy access to the US market. Hyper-globalisation was in full swing.

The manufacturing sector was devastated and the lower middle class with it. They could not compete with Chinese wages. Before Reagan the US imported about as much as it exported. Thereafter, the accumulated deficit reached $15 trillion and is growing at a rate of $500 billion a year. In 2017, manufacturing employed merely 8.5% of the labour force. Hillary’s “deplorables” were swelling in number and the Democratic Party turned its back on them.

Economists know full well that free trade has winners and losers. Yet, they sang the praises of free trade in unison without emphasising the fate of the losers as well. So the deep penetration of the US markets by Chinese products had a major impact on political developments14.

On the Road to Trump with Bush Jr.

Bush Jr. continued Reaganomics by lowering the taxes of the top 1%. The 2003 tax cut was very regressive as most of the windfall went to millionaires. When the meltdown came in 2008 his administration lavished favours and billions on the big banks, their chiefs and shareholders with no strings attached. There was nothing left over for Everyman on Main Street. Again, he had to fend for himself.

Obama came in the middle of the Meltdown. On the campaign trail he had made impressive promises of change that appealed to the growing number of discontented but once in office he allied himself unabashedly with the establishment, essentially continuing the economic policies of his predecessor. As did Bush Jr., Obama continued to prop up the too-big-to-fail banks, saving them from bankruptcy15. Moreover, few new faces appeared among his economic advisors. Timothy Geithner, a Bush Jr. appointee to the New York Federal Reserve, was his biggest mistake because he fought tooth and nail for the big banks without any consideration for those who were evicted from their homes. Then the Obama administration made the Bush tax cuts permanent in 2010 and 2013, while the fate of the lower- and middle classes were ignored. By bailing out Wall Street and neglecting the flesh-and-blood people on Main Street Obama solidified the power of the financial sector and alienated a large number of people including the millions who were evicted.

Hillary Clinton’s “deplorables” – the uneducated, who experienced the alienation of downward social and economic mobility finally rebelled and upended the establishment whose neglect of their plight they could no longer bear. They were joined by others who suffered wage stagnation for decades while others were living the lifestyle of the rich and famous; who were clobbered by hyper-globalisation, or by the hollowing out of the middle class; and those who were evicted from their homes while those the lords of finance were being pampered. There were too many promises of change that were broken, and they believed that only a strong man could change the course of the ship of state.

Clinton personified the incumbent establishment and would deliver the same status quo as her five predecessors, a not particularly inviting prospect. Hopelessness, frustration, and inequality are mighty political forces and Trump was able to capture its torrents and harvest the anger of the have-nots, those who reached for the American Dream but found a nightmare instead16. 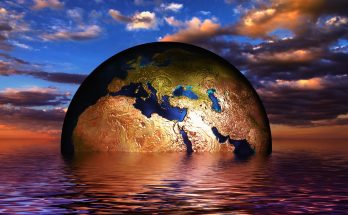