Petrodollars to solar sense: what will be the conversion rate? Frances Coppola speculates.

Slowly but surely, the world is giving up on fossil fuels. First coal, then oil, and finally gas will disappear as energy sources. Eventually, the remains of long-dead plants will be allowed to lie undisturbed in their ancient tombs, locked up deep in the earth along with the carbon that, if released, could destroy the earth as we know it. Instead, we will harvest the abundant energy freely available from the sun, the air, the sea, and the earth.

If the pivot to renewable energy sources happens quickly enough, humanity might be saved from the consequences of its carbon folly. But we have little time left. There is a growing realisation that the shift to renewable energy must happen much quicker than previously thought. And that has enormous implications for the global balance of power. Geopolitical risks are perhaps the biggest threat to achieving net zero in time to prevent catastrophic climate change.

Our entire international order is based on fossil fuel production. The wealth of the United States was built upon oil, and its dominance in the global economy depends on oil. As oil declines in importance, the US faces an unprecedented threat to its status as global hegemon.

The US nearly lost that  status in 1971. In that year, President Nixon suspended the convertibility of the dollar to gold, effectively ending the Bretton Woods system of managed exchange rates, and rendering the international financial system unanchored and prone to inflationary storms. But contrary to the belief of many Americans today, who long for the return of the gold standard to ensure the dollar retains its status as premier global reserve currency, it wasn’t the failure of Bretton Woods that threatened US hegemony. No, it was peak Texan oil production. The cabal of the (then) Middle Eastern oil-producing states known as OPEC gained control of global oil supplies – and thus of the oil price. In 1973, OPEC imposed an oil embargo on the US and its allies because of US support for Israel in the Yom Kippur war. The oil price rocketed, sparking inflation that to this day still influences US monetary policy. The mighty US had been forced to dance to OPEC’s tune.

But in 1974, the US agreed to provide Saudi Arabia with military support in return for pricing oil in dollars. And Saudi Arabia coerced the rest of OPEC to fall into line. This, plus the “recycling” of OPEC dollar surpluses into US Treasuries, helped to ensure the dollar maintained its dominance. OPEC still controlled the oil price, but the dollar was king.

If net zero is to be reached, the petrodollar must die, and the petroeuro must never be born.

The rise of non-OPEC oil producers, such as Russia, is now reducingOPEC’s influence on oil prices. And through its fracking and natural gas industries, the US has regained some control of fossil fuel prices. But King Dollar still depends on fossil fuels – and the US knows it.  When Iran threatened to price oil in Euros, the US slapped sanctions on it and forced anyone who wanted to transact in dollars to comply with them.

But if net zero is to be reached, the petrodollar must die, and the petroeuro must never be born. What will replace them?

Renewable energy can be produced not only on the earth, but above it. And here, the US’s technological strength gives it an advantage. Satellite solar – whereby solar energy is captured by orbiting satellites and beamed to earth as microwaves to be used in electricity production –  is potentially the cheapest and most abundant form of renewable energy. The US will no doubt seek to gain dominance in this market, either by becoming the major producer or by ensuring that solar is priced in dollars.

But any country trying to gain a competitive advantage in renewable energy, whether or not it wants to replace the US as the issuer of the world’s premier reserve currency, faces a huge challenge. Renewable energy generation requires minerals and metals that many rich developed countries don’t have in abundance – but many developing countries do.

There’s nothing in the net-zero agenda to make dictators change their ways.

It would be nice to think that developing countries rich in the natural resources needed for renewable energy generation would be able to exercise power over resource-poor developed countries. Desperately poor countries like the Democratic Republic of Congo are already finding their products in demand to power electric vehicles in richer countries. But if the fate of African oil-producing nations is anything to go by, riches flowing to developing countries from developed countries in pursuit of net zero are unlikely to find their way to their populations. They will, as ever, disappear into the pockets of corrupt demagogues. There’s nothing in the net-zero agenda to make dictators change their ways.

More worryingly, there is already a race for control of scarce resources. China’s Belt and Road initiative is a thinly-disguised resource grab, as is its growing financial involvement in sub-Saharan Africa. Europe, preoccupied with internal crises, has already lost strategic influence in resource-rich mid-Asian countries. And the US’s defeat in Afghanistan, a country with enormous lithium reserves, is a warning sign that its military might may no longer be enough to give it control of vitally-important metals and minerals – or of their prices. The developed world faces becoming dependent on China and its satellites for the materials it needs to generate renewable energy.

History shows that the country that controls the world’s most important strategic resources inevitably becomes its hegemon, and it is the world’s hegemon that issues its principal reserve and settlement currency. There seems no reason to believe that this time is different. As the world’s reliance on fossil fuels diminishes, and the strategic importance of minerals and metals grows, hegemony will slip away from the US, and the dollar will decline in importance.

At the moment, China seems set to become the hegemon of the post-carbon world. But the US will no doubt fight the loss of its dominance and its associated wealth. Its fight to hang on to its position could impede progress towards net zero: the US is still the world’s largest carbon emitter, and if a president decided that continuing to use fossil fuels was to the US’s advantage, they would cheerfully discard climate change targets.

But perhaps the US will decide that sacrificing its global hegemony, and with it King Dollar, is a small price to pay to save humanity. We can but hope. 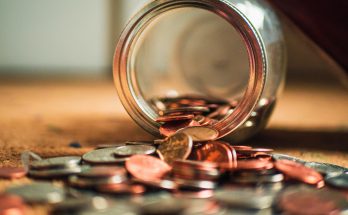 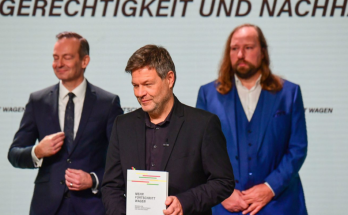