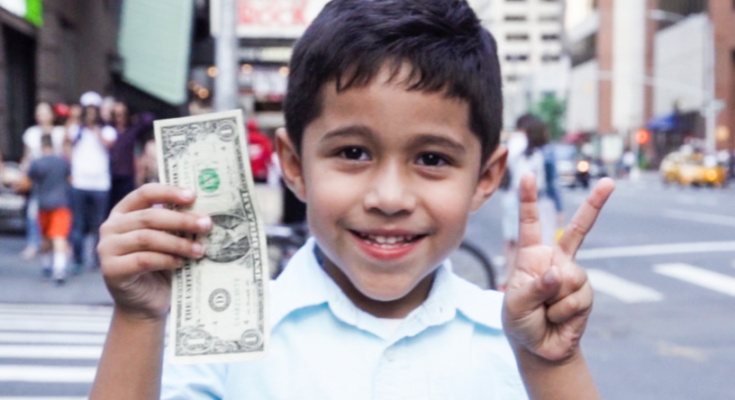 In September a new collaboration announced to the world that it was here and that it has big ambitions: the Wellbeing Economy Alliance (WEAll). It did so by handing out free money outside the old Lehman Brothers office in New York and encouraging the recipients to share one of the dollar bills as a way to spur new conversations about how the economy can work. This stunt in many ways epitomises WEAll’s approach.

It is an approach that seeks to use creative means to question why the economy operates the way it does. To think about who the economy serves, let alone if it is fit for the future given all the warnings from scientists about environmental limits. It is an approach that has at its core, the belief that by working together, the economic model can be transformed into one that delivers human and ecological wellbeing.

“The concept of a wellbeing economy is gathering momentum.”

WEAll also wants to tell the world about the work already being done to transform the economy – whether such efforts are found in the corridors of universities and think tanks, in the factories and board rooms of leading businesses, or in the public squares and halls where communities come together to say it is time for an economy that services their needs.

WEAll’s goal is to ensure these initiatives become more than the sum of their parts and add up to something more systemic, namely, an economy in service of human and ecological wellbeing. Such an economy is about meeting the needs of all – a wellbeing economy. It is about more than tweaking and fixing the harm caused by the current model. It recognises that the economy is embedded in society and the rest of nature rather than nature and society being at the beck and call of the economy.

Working together
Before WEAll went public, it held regular meetings, some online, some in person, to think through the strategy and work plan of an entity determined to drive economic transformation. Its strategy and approach will be ever-evolving as it takes on board ideas and suggestions from its members and it responds to new opportunities and challenges. But throughout, WEAll’s key tasks will be to amplify and connect, to build and to promote the work of its growing membership which currently stands at 50 organisations.

WEAll members include those working to change the economy via small steps and those driving for massive change. The WEAll community includes academics, businesses, governments, cities, community organisation, NGOs, and think tanks. It will get creative with communications and advocacy activities to shine a light on pioneering projects that model aspects of the wellbeing economy, so policy makers see them as feasible and desirable ways of doing things.

So far
No one linked to WEAll would claim this is has been entirely smooth sailing. Bringing together diverse and passionate people and organisations calls for consensus building, accommodation, dialogue, and finding ways to live with disagreement. It was always going to be hard. But WEAll has tried to adhere to the words of one of its ten ambassadors, co-founder of Sistema B, Pedro Tarak, who urges “togetherness above agreement”. This philosophy underpins the breadth of the collaboration’s organisational membership and its individual associate members and ambassadors. It will extend also to the WEAll research fellows network that it is in the process of creating.

WEAll has launched hubs in Costa Rica and Scotland and are it is in the process of setting up others in Argentina and Madrid while it is planning more elsewhere for 2019.

Furthermore, research clusters of organisations and individuals focusing on business, cities and governments are now operational and there are three more clusters planned as soon as capacity allows.

“By working together, the economic model can be transformed into one that delivers human and ecological wellbeing.”

These groups work in conjunction with the so-called Amplification (Amp) team – four members of staff who seek to synthesise and promote all WEAll’s work and the agenda that ties it together. The agenda emerges from a wider wellbeing economy movement that encompasses, but extends beyond, WEAll membership. Next year there will be an important face-to-face convening of many of the players in the wellbeing economy movement, when members gather at the New Economy and Social Innovation Global Forum in Malaga,

This momentum has been spurred by initial funding from a few individuals who attended a conference in Colorado in May 2017 and by a partnership with a large company that wanted WEAll’s support for its sustainability journey. These finances funded the creation of the Amp Team and the first year of WEAll’s activities, including member gatherings, joint campaigning with members, and international engagement to spread the message of the need to transform the economic system.

Working together with the growing WEAll membership, the Amp Team has built WEAll through its first six months. It has launched the website and other communications channels; convened public events in New York and Edinburgh; established the cluster working groups; produced presentations and writing to project WEAll’s view; and it has supported the launch of the Wellbeing Economy Governments initiative – a partnership of governments focused on sharing policy experience to advance wellbeing economies. These are a few highlights of a busy beginning.

“At its core, WEAll is about connections.”

The concept of a wellbeing economy is gathering momentum. WEAll’s work has been acknowledged in recent high-profile communications. It featured in a letter from 238 academics to the European Union that was published in more than 20 European newspapers, and in another from businesses to the G20 demanding global leadership towards an economy focused on impact. The notion of broad-based wellbeing is one that members say brings them hope for greater unity and collaboration amongst those working for change, and hope that a story of change will resonate with decision makers and the public.

Only the beginning
For the 130 million children born this year to be able to look forward to a future where, in the words of the Sustainable Development Goals, “no one is left behind”, the pioneers who share this goal need to work together to promote change and inspire a new vision for the economy. These connections and ideas need to flourish and be heard at every level, from household to global; from community gardens to boardrooms; from local infrastructure plans to national tax legislation.

So, at its core, WEAll is about connections – bringing together people who believe that our economy can serve what people and the planet really need and who have faith that, by collaborating, we might be able to achieve something extraordinary.

Katherine is Knowledge and Policy Lead at the Wellbeing Economy Alliance and member of the CUSP Advisory Board. In her longstanding involvement with Oxfam, she developed Oxfam’s Humankind Index. Her …

Lisa is communications and mobilisation lead for the Wellbeing Economics Alliance. 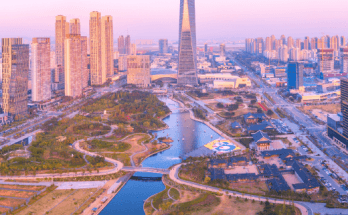 Diversity and Excellence: Not A Zero Sum Game

The Economics of Arrival: Ideas for a Grown-Up Economy