A Staff Working Paper published by Canada’s central bank last week concluded that a central bank digital currency (CBDC) could address the issues arising from the digitisation of our money and banking system, as argued in Positive Money’s Digital Cash proposal.

The paper explores scenarios in which central bank-issued fiat money is eclipsed by privately issued e-money, echoing concerns Positive Money has voiced about private interests gaining a monopoly over the monetary system. 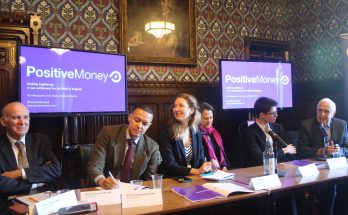 Mark Carney: Put your money where your mouth is! Unleash green investment now!